The growth of eSports into a billion dollar industry has been extraordinary to see as many games now have major tournaments, cash prizes and celebrity endorsements. For example, McLaren recently launched its Shadow Studio, Mason Mount, a football star, partnered with an eSports organization and Immanuel Quickley, an NBA star teamed up with Turtlebeach. There have also been investments and partnerships by major celebrities such as Michael Jordan, Kevin Durant and even Tony Hawk. Evil Geniuses, a respected eSports organization has announced its partnership with English Premier League team Wolverhampton Wanderers. 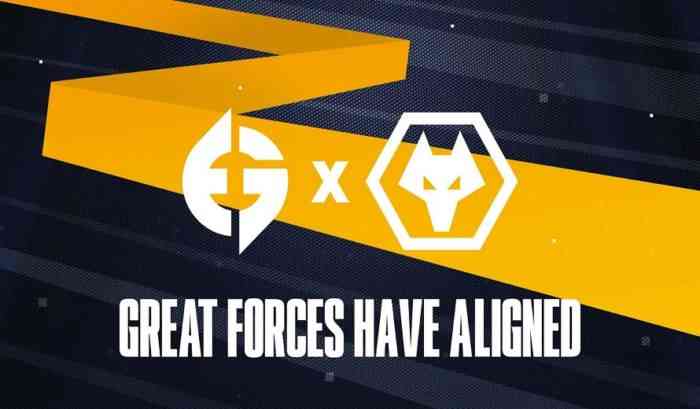 Formed in 1999, Evil Geniuses has made upwards of USD$24 million in tournament earnings across various games and has teams which compete in Valorant, CS:GO, Dota 2, League of Legends and more. With both national and international titles, Evil Geniuses continues to push its team as it partners with the Wolverhampton Wanderers or Wolves.

The partnership, done in conjunction with Fosun, allows Evil Geniuses to be the first eSports team with a physical presence in North America, Europe and Asia-Pacific. Evil Geniuses will utilize Wolves’ Asian facilities to grow in the region. Furthermore, Evil Geniuses merchandise will now feature Wolves’ branding along with other ventures in Chinese and English languages, sponsorship opportunities and merchandise.

Nicole LaPointe Jameson, Evil Geniuses’ Chief Executive Officer stated, “We are thrilled to partner with Wolves, a storied football club and strong sports and entertainment brand that aligns with our values and mission…This deal will help power Evil Geniuses’ expansion into the Asian markets while also providing new capital to sign more world-class players and grow into new esports titles.”

League of Legends Disables /All Chat Due To Toxic Players
Next
SkateBird Release Delayed – “Shipping Games Is Hard”
Previous
Enter A Horror Story As The Dark World: Karma Is Announced