“Shipping games is hard.” Truer words have never been spoken. The adorable game SkateBird was expected to come out on August 12th, but those hopes have flown the coop. They bailed. It didn’t land. Their wings are clipped. [Other bird/skate turns of phrase]

SkateBird has been in development for at least 3 years, so a bit of a delay shouldn’t make take big a difference, right? Yesterday, Glass Bottom Games announced that the release date has been pushed back to September 16th, but in the most adorable way possible. 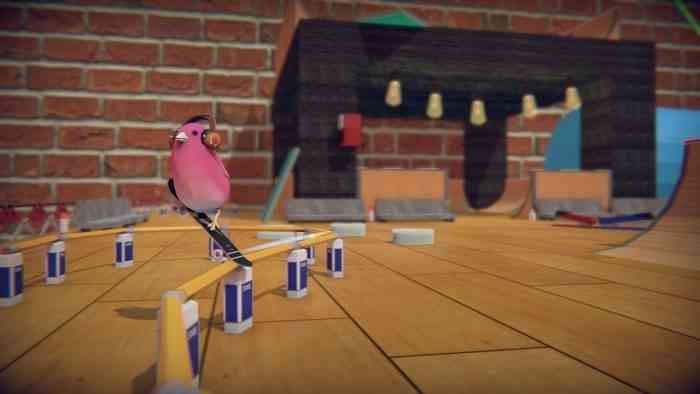 In an apology video, we see SkateBird getting ready with a progress bar about to reach August 12th, but our little bird-skater accidentally falls on the nearby keyboard, slowing its progress. As the bird flops around, trying to get up, everything goes wrong. Everything catches on fire.

I don’t know if any of you are bird owners, but they are an incredible detriment to work. They are distracting, loud, cuddly, and oh my god, I want to play this game. Though games like Skate and SkaterXL have taken a more realistic approach to skateboarding games, SkateBird is more of a return to arcade-style gameplay, a lot like the Tony Hawk games.

Even though the developers are sorry for the delay, who could be mad at a little bird just trying his best. I think that fans have become a lot more forgiving of delays in the past year anyway. SkateBird’s new release date is set for September 16th for PC, Xbox One, and Nintendo Swtich.

Are you going to check out SkateBird? Let us know in the comments below.