Rocket League Has Entered the Year of the Ox 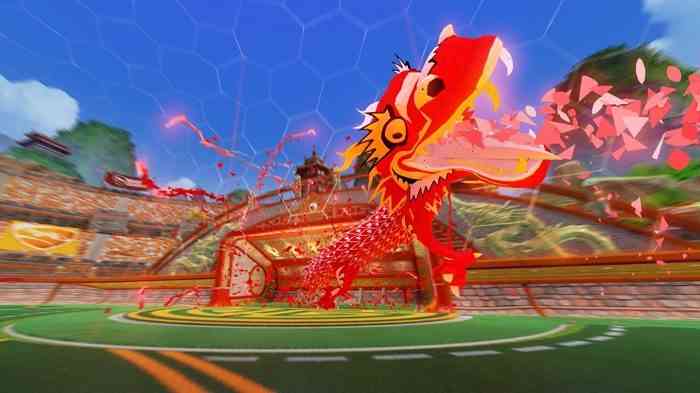 The new limited-time-modes brought to Rocket League with The Lucky Lanterns event include the 2v2 Heatseeker game mode which is currently live and will last until February 22nd. Once Heatseeker is out of rotation, the 3v3 mode Super Cube will rule the roost until the end of the Lucky Lanterns event on March 1st. There is also a new arena variant for fans to compete on known as the Forbidden Temple (Day).

“Celebrate the Year of the Ox in our Lucky Lanterns in-game event LIVE NOW! said the official Rocket League Twitter account. “Complete Event Challenges, unlock themed items, and jump into a game of Heatseeker LTM.” While Heatseeker has been in the game mode rotation in the past, it’s nice to see it return with The Lucky Lanterns event. Some of the new in-game cosmetics RL fans are already progressing towards include the Lucky Cat and Ozzy Ox Toppers, the Lantern Lift and Cherry Blosson Boosts, the Temple Guardian Player Banner.

Are you celebrating Chinese New Year with Rocket League: Lucky Lanterns? Let us know in the comments below!

FPS Shatterline Has Officially Launched Into Early Access
Next
All the Kingdom Hearts Games Will Be Coming to Epic Games Store
Previous
Call of Duty: Black Ops Cold War is the 20th Best-Selling Game in US History