Heatseekers Turns up the Heat in Rocket League

Psyonix has officially added a new game mode to Rocket League where the ball picks up speed as it launches towards each goal. The new mode is called Heatseekers and the ball will fire towards the goal regardless of which direction a car hits it, turning even the least accurate players into competition beasts before the ball picks up speed. Each time the ball connects with any surface, it increases in velocity which makes the match progressively harder as it continues. Rocket League is available for PC, the Nintendo Switch, Xbox One and PS4 and it’s in the midst of season 14 right now, Heatseekers is being added on April 16th. 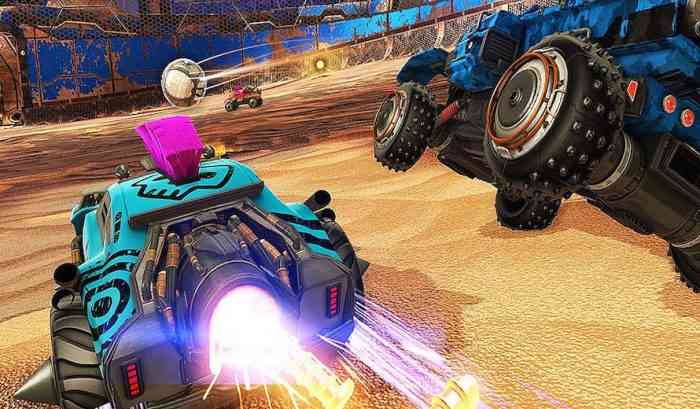 The intent with Heatseekers is to turn the normally buoyant ball into a projectile that threatens every car on the field. Gamers will need lightning fast reactions as their Heatseekers games fly by because it doesn’t take long for the ball to become a projectile as it bounces from one goal to another. While the mode is joining the various game modes of Rocket League next week, it won’t be lasting longer than a week so fans of the new mode will have to enjoy it while they can.

Heatseekers is apparently similar to Lethal League which allows fighters to spike the burning hot ball into opponents’ faces only this is a car game with demolitions acting as fatalities. Players who log into Rocket League while Heatseekers is live will receive a free new banner from Psyonix in celebration of the temporary mode. It’ll be interesting to see how many hilarious goals people score on themselves with the new mechanics of Heatseekers changing the way people play Rocket League, similar to other game modes introduced to the car-based sports game.

Will you be trying Heatseekers when it’s added to Rocket League next week? Let us know in the comments below!

New Hitman 3: Seven Deadly Sins Mission Comes Out Next Week
Next
Minecraft Dungeons Was Delayed to Ensure Quality
Previous
New Overwatch Hero Echo is Only Days Away From Making Her Debut