Rocket Pass 5 is Coming Out Soon

Rocket League is going to be getting some brand new DLC on December 4th. Called the Rocket Pass 5, this new content bundle is going to be delivering a bunch of new things to the game. Items and challenges are going to be available to players. However, what you are able to unlock is going to vary depending on whether or not you bought the game or got the free version. Those who forked over money are going to be able to get their hands on premium skins and other cosmetic items. 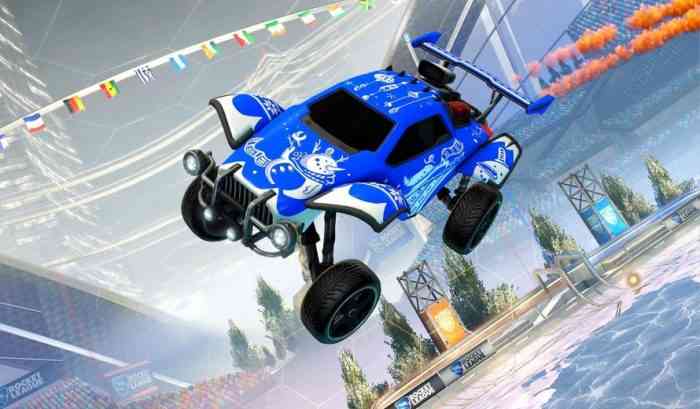 The Rocket Pass 5 is also going to coincide with a new gameplay update. Rocket League players can expect to see a handful of tweaks and changes to the gameplay and other features.

For those who are not accustomed to Rocket League. The Rocket Passes work a lot like Fortnite’s season passes. They unlock an exclusive advent calendar style progression system. Once you reach a certain level, you unlock an item.

One big change that a lot of people are going to love is the elimination of loot boxes. No longer will 13-year-old kids rack up their mom’s credit card in order to flex on all of their school friends. Microtransactions and especially loot boxes are one of the most loathed business models in video games. Getting rid of loot boxes at least is a big deal. However, there is still going to be room to buy items with money.

Despite being a very simple game, Rocket League has done very well for itself. The concept of the game is simple and easy to understand and the gameplay is quick to get used to and fun. What’s not to like?

Rocket League is available for the PS4, PC, Xbox One, and Switch.

Horizon: Zero Dawn (PC) Review – Make the World Better, Before it Ends
Next
Big Changes Are Coming to Death Stranding in December Update
Previous
You Can Now Invite Your Friends to Play Man of Medan For Free