Blizzard Entertainment is celebrating its 30th anniversary this year and part of the festivities this year include showing some images from the humble beginnings of World of Warcraft. One image shows off the original minimalistic design for the user interface, while another teases a mountaineer that seemingly didn’t end up in the game and an ogre model that fans are still waiting to see. World of Warcraft is available right now for PC and Mac. 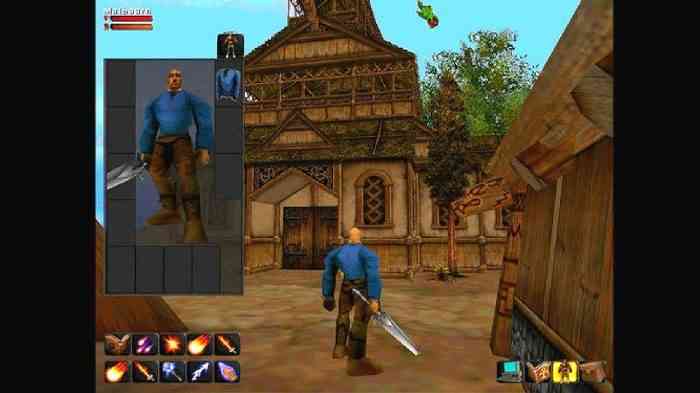 While World of Warcraft: Shadowlands recently released to high acclaim, the MMO launched with much higher success than Blizzard Entertainment themselves were even expecting. The initial minimalistic design with the abilities in the bottom left corner and the inventory/character screen located in the bottom right corner. World of Warcraft has clearly undergone several design changes since the pre-alpha days and it’s refreshing to see Blizzard sharing concepts from the earliest days of today’s massively popular MMO.

The early gear in World of Warcraft makes your character look pretty cheesy, but the original weapon and armor design for the classic MMO could’ve been a whole lot worse according to the recently released screenshots. While the in-game races have clearly undergone several changes since the pre-alpha design stage, it looks like buildings have undergone some massive changes as well, now resembling buildings from the Warcraft universe rather than Everquest or Morrowind cutouts.

In celebration of its 30th anniversary, Blizzard Entertainment continues to share unique content through regular updates that take us for a trip down memory lane. Are you glad that World of Warcraft looks significantly different than the early concept? Let us know in the comments below!