Ghost Ship Games has officially confirmed that their recently released Deep Rock Galactic has surpassed 2 million units sold. During a recent statement, the developers also announced that the originally intended sales goal for the cave-delving co-op game was a mere 200,000 units. Deep Rock Galactic is available right now on Xbox One, PC, and through the extensive Xbox Game Pass Ultimate lineup. 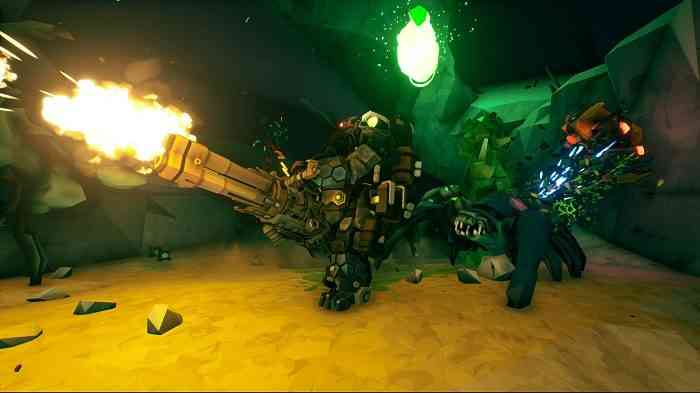 “When we founded Ghost Ship Games four and a half years ago, we knew we would bring Deep Rock Galactic to life, and we decided that open development and co-op first would be our guiding principles,” said an official Ghost Ship Games statement. “But we never anticipated the fantastic community that would spring up around the game, or the fact that we’d strike gold like we have and end up with a bonafide success on our hands. Before we launched into Early Access, we reached an internal agreement that 200.000 units sold during the game’s lifetime would be suitable, and would allow us to continue and do a new game.”

“But now we just crossed 2 million units sold, and the game is performing stronger than ever, not only in sales but also in the strength of the community,” continued Ghost Ship Games’ statement. “When reading a random thread on gaming and suddenly one user comments ‘Rock and Stone’, causing the whole thread to explode in rock-and-stone shouts, then you know you’ve created something extraordinary and transcending. And the ‘we’ does not only mean us developers, but also very much you, the community around Deep Rock Galactic. From the bottom of our hearts, we thank you!”

Are you one of the two million fans of Deep Rock Galactic? Let us know in the comments below!

Gang Beasts Gets Crossplay Between Xbox and PC, but Not PlayStation
Next
Forget About Bayonetta 3 For Now, Says Hideki Kamiya
Previous
New Fortnite Emote Will Be Gangnam Style – *Deep Psy*