The Game Will Also Be Releasing on Console

Curse of the Dead Gods, the roguelike title with similar gameplay to the Diablo series, released in Early Access last March. After staying in Early Access for almost a year, the game is finally set to fully release next month, on Feb. 23. 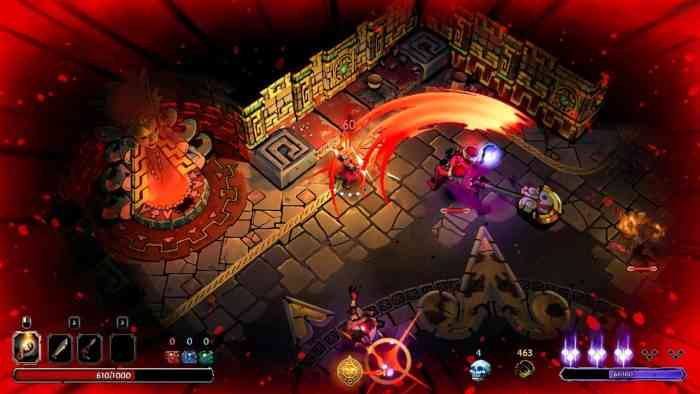 Explorers, put your torch up in the air!

Curse of the Dead Gods releases out of Early Access on PC, PS4, Xbox One and Nintendo Switch on February 23rd! pic.twitter.com/zknsWe3cVC

Not longer will the game be leaving Early Access on PC, but it will also be making its console debut as it releases on PS4, Xbox One, and Nintendo Switch the same day.

There is also a new gameplay trailer which can be seen in the tweet above, or on the publisher, Focus Home Interactive’s YouTube channel.

You can check out a description of Curse of the Dead Gods, found on the game’s Steam page below:

Use Weapons, The Environment, Your Brains and Skills to Defeat the Temple

Collect mystical Relics and an arsenal of weapons to make yourself unstoppable. Battle through hordes of enemies in dark, cavernous passages filled with traps and secrets of all sorts – fire-spewing statues, explosives, hidden spikes, and worse.

Play Your Way and Turn Curses To Your Advantage

Corruption builds in you with every step – encourage or ignore it, but each powerful curse can be a double-edged sword.

Your greed will lead you to death, but that is not an escape. Rise to fight again. Delve deeper again. Defy the malignant deities that linger in this place.

Main Features
– A skill-based roguelike exploring a cruel, dark temple made of endless rooms and corridors
– Swords, spears, bows, guns – wield these and many more
– Light and fire will be your best allies to overcome the threats that lie in the shadows
– Unique curses influence each attempt, putting a twist on every action
– Dozens of enemies, with powerful champions and deadly bosses to face off against”

You can check out our initial impressions of the game, right here.


Crypt of the NecroDancer: Synchrony DLC Launches Into Early Access