Nine years ago, the world was balanced. We didn’t know it at the time, but we took that comfort for granted. The world was introduced to Gangnam Style by South Korean popstar Psy, whose song became the first video on YouTube to reach 1 billion views. Everyone was doing the iconic dance. Everyone, no exceptions. It was played every night, in every club, in every country. It seems like an eternity since then, but it appears that Gangnam Style is having a resurgence of some sort. On the Korean Fortnite Twitter page, a video has been posted of Fortnite characters doing the iconic dance as the new Fortnite emote. 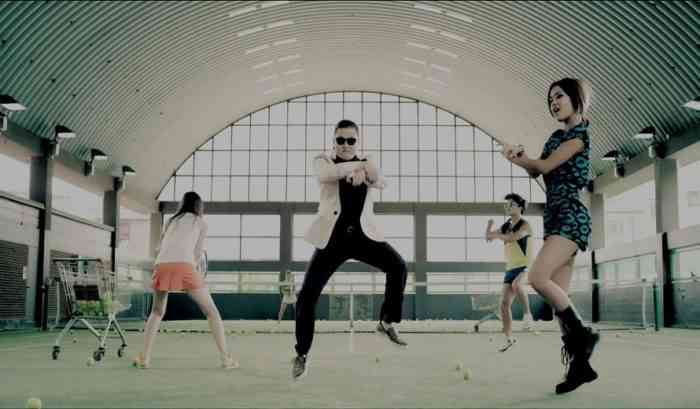 This video shows various Fortnite characters standing atop a building doing Psy’s iconic gallop and foot-shuffle dance. A rooftop is just one of the many locations the dance is done in the Gangnam Style music video. I guess there isn’t a horse stable, parking garage, or indoor stadium in Fortnite? No music is playing, which is disappointing because Gangnam Style is still a banger, but that would be a whole different licensing issue. Let’s not forget that Fortnite emotes have a history of lawsuits, so hopefully for Epic Games, they came to an agreement with Psy beforehand.

Shortly after the Korean account tweeted the video, the main Fortnite account tweeted another video saying that the emote is now available. Hopefully, this dance is a herald of another era of the feeling we had back in 2012 when we only thought the world was ending instead of being in the current waking nightmare of this reality. Fortnite is available on PC, PS4, Xbox One, Nintendo Switch, and mobile devices.

Will you be getting the Gangnam Style emote? Let us know in the comments below.