Apex Legends’ Loba Not Getting a Major Buff

According to Apex Legends developer Daniel Klein, Loba won’t be getting a major buff due to the mechanics of the battle royale game. Respawn Entertainment has apparently considered increasing her looting power by potentially changing the number of items looted from two to three or four, but that change won’t be coming anytime soon. Respawn wants to focus on the FPS aspects of Apex Legends and aren’t interested in making it a character game. Apex Legends is available right now for Xbox One, PS4, and PC, with a Nintendo Switch version coming soon. 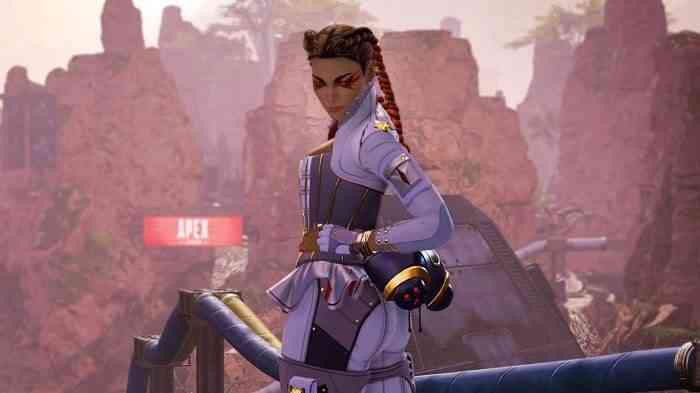 Daniel Klein recently stated, “the main reason we can’t just bring everyone up to Lifeline/Wraith/Pathfinder’s level  is that we’re then stepping away from making a gun game and approaching making a character game.”Season 6 gave Loba a buff to her Black Market Boutique ultimate which reduced the cooldown from three minutes to ninety seconds, allowing her and her team to gear up more efficiently. In exchange, Respawn Entertainment also made her ultimate more noticeable in a larger range in the surrounding area to balance the newer Legend appropriately.

“Say we give Loba the ability to teleport quickly and silently and suddenly you’re losing fights not because the other team planned an ambush or executed better, but because they saw you and reacted to you by putting one of their members behind you.” While few Apex Legends fans are asking for a full overhaul of Loba’s abilities, we can definitely see why buffing a Legend too much can be problematic. Daniel Klein does a great job illustrating his concerns with this example, however, we see very little demand for Loba to get teleporting abilities, just something that would make her a valuable Legend.

Are you sad that Loba won’t be getting a major buff in Apex Legends? Let us know in the comments below!

Nobody Saves The World Celebrates One Year With Update
Next
COG Considers: Should Amazon Be Making Games?
Previous
Awesome Amazon Accessories to Keep you Gaming