Monkey Ball May Return Soon According to Voice Actor

According to one of the Monkey Ball voice actors, Matt Brian, SEGA may be working on a Monkey Ball game that’s coming soon. Matt Brian voices the announcer in Monkey Ball titles and he claimed that September will be amazing for what’s to come, likely teasing an announcement from SEGA at the upcoming Tokyo Games Show. During his tease for a new Monkey Ball game, Matt Brian was playing Super Monkey Ball on the Nintendo Switch to give fans a clue. Brian tagged SEGA in his post, so it’s likely that SEGA cleared it with him. 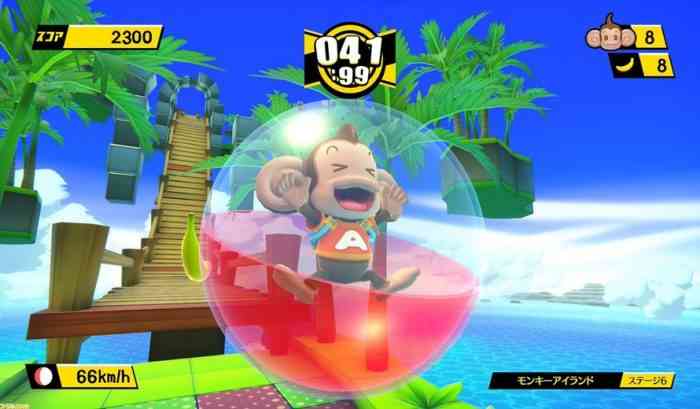 “Playing a friend’s Switch. Super Monkey Ball of course! I need to stop shouting out ‘Ready, Go!’ You all understand,” said Matt Brian on a recent Instagram post. “September will be amazing for what’s to come.” We aren’t sure what to expect after Matt Brian’s Instagram post, but it seems like he’s practicing for an upcoming title in the Monkey Ball series. In the tags, Brian included SEGA, the official Super Monkey Ball channel, Nintendo Life, and Nintendo Switch Canada, suggesting SEGA has confirmed that he can tease Monkey Ball fans for now.

“Akihabara arcade closing which means that the flow goes to Super Monkey Ball X,” said Matt Brian in another recent Money Ball tease. “This month the ground will shake. Stay tuned!” While these posts aren’t much, Brian seems to be teasing a new Monkey Ball title that will likely be exclusive to the Nintendo Switch at launch if his tags are to be taken seriously. The last original game in the Monkey Ball franchise was Super Monkey Ball: Banana Splitz, a PS Vita exclusive that released way back in 2012.

Do you hope SEGA is working on a new Monkey Ball game? Let us know in the comments below!