Project Cars 3 Confirmed for Xbox One and PC

Slightly Mad Studios have confirmed that Project Cars 3 will not only be racing onto the PS4, but it will be joining the Xbox One and PC racing game lineups as well. The studio was recently on the record talking about the impact next-gen consoles will have on racing games so it’s also possible that this racing sim will end up on the Xbox Series X and PS5 as well. Project Cars 3 is releasing later this Summer, but no official date has been set at this time. Project Cars 2 is currently available for PS4, Xbox One and PC for racing fans to see if the series is for them ahead of the Summer release. 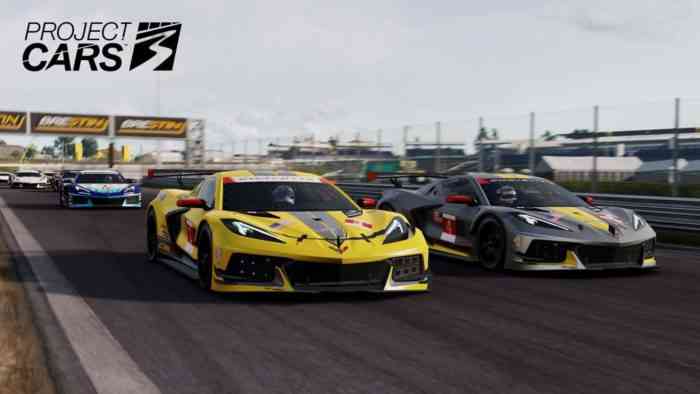 While we previously reported that Project Cars 3 will be on the PS4, Slightly Mad Studios have recently confirmed the current-gen consoles that it will be racing onto. With the exception of Google Stadia and Nintendo Switch, all current-gen hardware will receive the sequel racing sim. The recent announcement trailer showed off the various upgrades that Slightly Mad Studios have made to their already established formula. The trailer provides a brief look at the customization in the game as well as some of the different tracks as it follows an intense race between a Mercedes AMG GT and an Acura NSX.

“We’re obviously targeting 60 frames on the platforms that we’re releasing Project Cars 3 on,” said Marketing & Esports Manager Joe Barron during a recent interview. “We’re going to be able to keep updating our levels of detail, and we think that that’s going to come closer all the time, which is really cool.” When asked about next-gen hardware, Joe Barron said, “I think for us in the racing space, the optimisation as far as everything that’s been talked about with hard drive speeds and loading speeds and things, is going to have a big impact on that sort of performance level, across all of racing.”

Will you be getting Project Cars 3 on current-gen or do you hope it comes to next-gen consoles? Let us know in the comments.

Take-Two Interactive No Longer Bidding on Codemasters
Next
Rumor: Jak and Daxter Will Be a PS5 Launch Title
Previous
Naughty Dog Releases Final Last of Us 2 Trailer Before Launch