Rumor: Jak and Daxter Will Be a PS5 Launch Title

4chan Rumors Are Suggesting Jak and Daxter Is Being Remade

4chan rumors are currently running wild with the upcoming PS5 games showcase, with one of the big rumors suggesting a Jak and Daxter Remaster. According to the rumors, the Jak and Daxter Re-Trilogy will be announced during Summer Game Fest and it could even be part of the PlayStation showcase itself. The same leak suggests that Bluepoint Games is also working on a Legacy of Kain remake for the PS5 as well.The Jak and Daxter trilogy was brought to the PS4 in 2017, bringing a torrent of new fans to the classic Naughty Dog series. 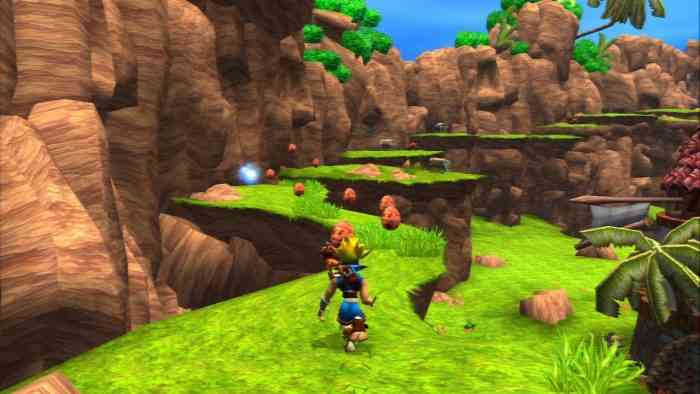 Bluepoint Games is known for bringing a proper remake of Shadow of the Colossus on the PS4 and they’re apparently at work on another big remake. Some people believe their upcoming remake will be the Jak and Daxter: Re-Trilogy, others believe it’s the Legacy of Kain remake but we say why not both? Nothing has been set in stone with Bluepoint Games’ next remake but it’s possible that they’ll be part of the PS5 showcase tomorrow, June 11th.

While the Jak and Daxter: Re-Trilogy rumors originated on 4chan, there have been some credible leaks from the notorious forum, though they should all be taken with a grain of salt. The rumors did mention sometime in June as an expected announcement for the remake of the PS2 titles, even before the date for the event was set. Prior to these rumors, people were suggesting that Bluepoint Games was working on a Demon’s Souls remake and others suggest they’re working on a Legend of Dragoon remake so at this point, several things are possible, but a remake is almost inevitable.

Do you want to see a next-gen remake of the Jak and Daxter games or would you prefer a new installment in the series? Let us know in the comments below!

Geoff Keighley is Managing Expectations Ahead of Summer Game Fest
Next
Listen to Disintegration’s Main Theme and Get Ready for Release on June 16
Previous
Project Cars 3 Coming to Current-Gen, Maybe Next-Gen