Two developers at Guerrilla Games have recently teased their presence during the delayed PS5 event that’s set to feature several games that will be playable on the next-gen PlayStation. It’s likely that if Guerrilla Games are part of the upcoming PS5 event, it will be to unveil the upcoming sequel to Horizon Zero Dawn which has been teased in the past. Lead Animator Richard Oud and Senior Quest Designer Blake Rebouche took to Twitter to express their enthusiasm for the upcoming PS5 event and teased that they may be part of the event. Guerrilla Games’ Horizon Zero Dawn is available exclusively for the PS4 right now. 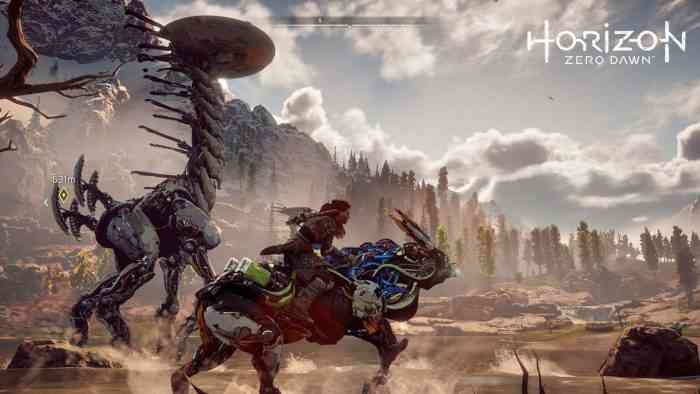 Since Lead Animator Richard Oud and Senior Quest Designer Blake Rebouche have taken their Tweets down after hyping fans up, we could be seeing an unveil of Horizon Zero Dawn 2 in the near future. Deleted Tweets always tend to lead to speculation and it makes us think that they were told to keep secret about the event since it was delayed from June 4th to a later date. The Guerrilla Games official Twitter account still includes a Tweet about the upcoming PS5 event but now that the developer Tweets have been taken down, it remains the single Tweet from the entire studio.

Both Richard Oud and Blake Rebouche had quite vague Tweets about the event, with Rebouche saying simply, “join us.” It’s hard for many fans to see the issue with the deleted Tweets unless there’s more to it than simply sharing the date of the event. Somehow, the official Guerrilla Games Tweet ended up more vague, only including two “hand over mouth” emojis with no text. We’re looking forward to seeing the next title from Guerrilla Games whether it’s part of the PS5 event or not.

What game do you want to see next from Guerrilla Games? Let us know in the comments below!