Demon’s Souls Rated By ESRB for a Second Time, Fans Hope for Remake

Is a Demon’s Souls Remake Possible?

Demons’s Souls has been rated by the ESRB for a second time due to the shutdown of its online serves. The description of the game’s M-rating is the exact same as the game’s original rating, save for one detail: the removal of the disclaimer specifying “online interactions not rated by the ESRB.” 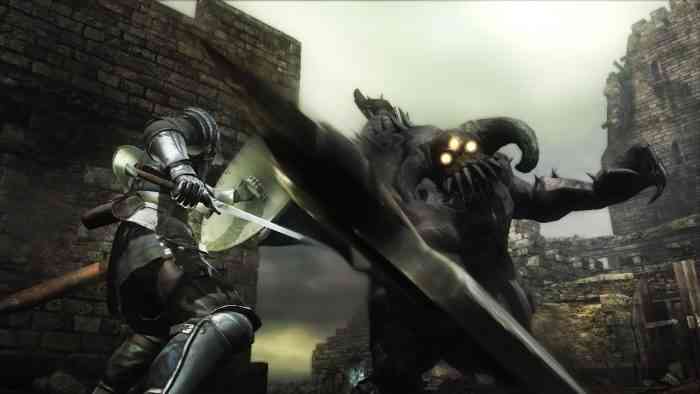 With some fans hopeful for a Demon’s Souls PlayStation 4 remake, this reclassification might be seen as promising. The fact that the next project from Bluepoint Games (who did the PS4 Shadow of the Colossus) is another remake adds to current speculation.

Series creator Hidetaka Miyazaki has also hinted at the possibility in the past.

“For me and for From Software, I don’t think we’ll be involved with their happening, but it could happen through another developer.”

But as of now, it looks like this rating is simply the result of the server shutdown.

The new ESRB rating is as follows:

This is a role-playing game (RPG) in which players attempt to save the medieval kingdom of Boletaria from demons. Players manage a number of stats (e.g., strength, endurance, intelligence) and inventory items while battling humans, animals, and supernatural enemies. Players use melee weapons (swords and axes), bows for ranged attacks, and magical spells to kill an assortment of enemies (e.g., human soldiers, dogs and rats, giant insects, demons). Attacks usually result in large clouds of dark red blood; blood appears splattered on walls, floors, and around corpses in several environments. During one boss battle, blood continually spurts out of the wound of a demon’s stomach and covers a large portion of the floor.

Demon’s Souls is available for the PlayStation 3. Although its official online servers were shutdown, online play might still be possible with the discovery that temporary private servers are possible.