Welcome to space-Hell aboard the Irid Novo space station. Does that black hole look like it’s getting stronger? Today indie developer Cradle Games announced that their dark sci-fi action RPG, Hellpoint, is arriving on next-Gen consoles. Of course the base game isn’t alone. Coming to next-gen on July 12th Hellpoint will be coming with the new DLC adventure: Blue Sun. 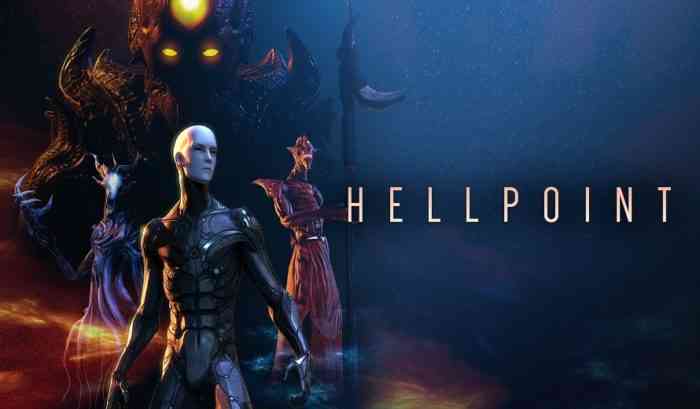 Hellpoint places players in the synthetic shoes of a, 3-D printed, agent aboard the space station Irid Novo. In a universe where humans and aliens alike are searching for ways to wrest the power of souls away from cosmic gods, of course there are those who would work against the search. Now the halls of the space station are crawling with cultists and void-demons. Of course, they will have to go through you.

Hellpoint provides players with intense hack-and-slash action combat both solo or co-op. Magic and technology, blades and rifles, and futuristic weapons. The lines all blur in Hellpoint. Of course, all of these weapons will be at your disposal as you investigate the space station and fend off the demons and cultists. Of course, as you adventure, you will face something known as the Quantic System. This system makes the world dynamic. Changing the world every time you die  and furthermore triggering events within the space station. Players will be able to experience all of this and more with the Blue Sun DLC coming with the next-gen release of the game.

Hellpoint is coming to next-gen consoles on July 12th. Additionally, the next-gen version of the game is arriving with the release of the newest DLC Blue Sun. So, will you brave the space station? Will you even survive?