Project CARS – Could it Have a Preordained Pole Position as the Best Sim Racer Ever Made?

These are heady days for fans of racing sim games. Sim racing is a broad spectrum of possible game playing choices that ranges from outright cartoon physics to as hardcore realistic as technology today permits. In such an ever more crowded marketplace, a new title needs to do something different that makes it stand out from the crowd. The team over at Slightly Mad Studios(SMS) seem to have hit upon the most unique strategy to date with their upcoming game Project CARS.

It all starts with the name – Project CARS. CARS is capitalized for a reason. It is actually a clever acronym for Community Assisted Racing Simulator. Behind that acronym stands the philosophy upon which the game has been developed from. PCARS is a departure for SMS whose previous racing games, such as the Shift games for Electronic Art’s ‘Need for Speed‘ series were developed in house. This time SMS turned to the public to not only fund the game but to give them the opportunity to provide feedback and suggestions on the game as it was being developed.

This is an excellent strategy as it gives SMS backers with near unanimous buy in and investment in the final product before it ever hits the shelves. A strategy to which SMS committed itself to as backers had access to successive early builds to test, bug hunt, and evaluate. Over the course of Project’s development cycle one can trace the progress by tracking Youtube clips put up over the last couple of years by backers. It is easily evident how much progress has been made between the first builds and the more recent ones just before the game goes gold for mass duplication and distribution. 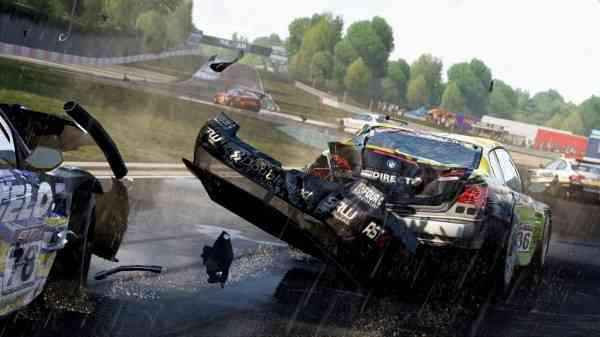 “Project CARS. CARS is capitalized for a reason. It is actually a clever acronym for Community Assisted Racing Simulator.”

PCARS has also set itself ambitious goals. There are no platform restrictions here – beyond the decision to not release the game on the previous generation consoles, so no Xbox 360 or PS3 versions. The game will released simultaneously on all current gen platforms except the WiiU which will be released later. That is big. To be able to play the game on any platform will certainly add to the visibility of the game’s profile.

SMS’ vision doesn’t stop there of course. They are also setting out to create the most fully featured racer and graphically impressive game possible. Things such as weather, pit stops, career mode, and a wide variety of road and open wheeled cars. If they can pull all of this off on delivery date the impact will be very, very big. Why? Because of the way the release of sim racing games has evolved over the last ten years or so. 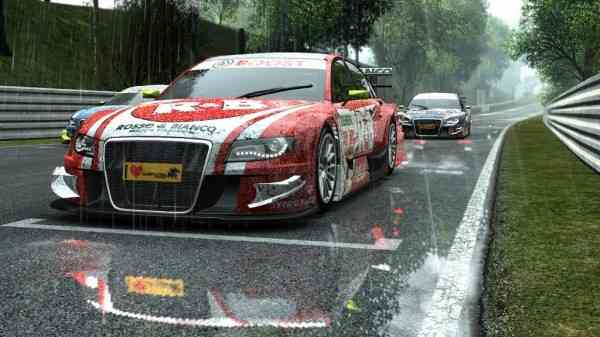 “SMS are setting out to create the most fully featured racer and graphically impressive game possible.”

To create a fully featured sim racer is no small feat. Players expect a suite of functions to be available in addition to providing a spectrum of cars that handle realistically through physics and Force Feedback. The game should support car customization be it with the ability to tweak setups or import their own liveries plus the ability to edit driver profiles. Players also expect a good selection and variety of  tracks – modelled as accurately as possible – that can support simulating real world racing seasons as closely as possible. Plus all these features should be supported in single and multi-player modes. Additionally in the single player mode there should be a robust career mode that allows a player to work their way up through the ranks of multiple racing disciplines from rookie to pro in the associated car classes.

There are even more features players expect such as telemetry, robust re-playability, weather effects, proper enforcement of racing rules (racing flags, pitting rules), and undoubtedly the biggest one – proper AI opponents. Despite the ease and emphasis placed on multiplayer functions, sim racing entails a lot of solo racing to learn the cars and tracks to hone one’s skills to become as competitive as possible.

The list of desired features is long and understandably daunting for any company publishing sim racer games to deliver on all fronts. So what’s been happening is sim racing games being released with gaps in the feature set. To counter this, racing sims push the sexier aspects of their game – be it the graphics or the car licences or their track set or endorsements by professional racers.  However if you check out the current racers on the market their deficiencies are easy to identify.

Project Cars is presenting a wide spectrum of racing a decent selection of tracks for single and multiplayer sessions with the latest graphical whiz bangery possible. Hold on to your butts, this list is massive. Their car list at time of launch includes:

More cars to be released each month.

Turning to the tracks, the list includes the following which allow for 110 configurations:

Wow, did you get all that? A very impressive launch line! SMS also supplies a Career Mode which you can see below:

Being privately funded, SMS has been removed from the pressure of releasing the game to meet an arbitrary release date. The game has been delayed several times.  Originally slated to be released last November in time for the holiday season the game was delayed until March 2015.  Then it was pushed back again till this May. No doubt to the frustration of its backers and eager customers.

Such displeasure is transitory and will be quickly forgotten if Project CARS is released as a fully functional racing simulator. Project CARS appears poised to take on all comers in May 2015.

Next Hearthstone: Free-to-Play or Pay-to-Win?
Previous Top 10 N64 Games We Want to See on the Wii U Virtual Console