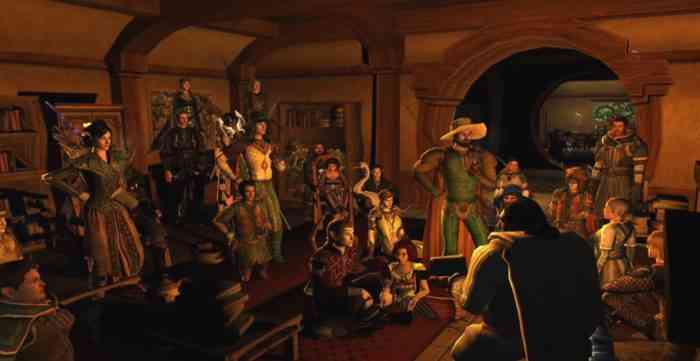 Lord of the Rings Online developer Standing Stones Games has made the Baggins’ Birthday quest playable until June 23.and they’ll be extending the Spring Festival until June 29th for gamers of the MMORPG to enjoy a bit longer. The developers took to the official Twitter page for Lord of the Rings Online to state, “rest in Peace, Ian Holm,” on the day the famed actor passed away. “One of the greatest actors, and your portrayal of Bilbo Baggins was historic.” Because of how linked to gaming the Lord of the Rings series is, we can’t help but grieve the loss of the late actor as well.

Fans of the Lord of the Rings Online recently took to Twitter to talk about their examples of honoring the late Sir Ian Holm. One Redditor known as RoadrageWorker on the Belegaer server said, “we gathered in front of Bag End, and to Lobelia’s dislike, had a big firework. There was music and mourning, and we all wished Ian godspeed on this last of journeys.” Sudo_rm_onering from the Laurelin server added, “my understanding is it basically broke the whole Shire during the gathering lol. And I couldn’t be more approving.”

What was your favorite memory of Sir Ian Holm? Let us know in the comments below!