CD Projekt Red Wants to Focus On The Witcher’s Ciri

The Witcher 3 follows Geralt of Rivia as fans of both the game and The Witcher Netflix series are well aware as of now, but CD Projekt Red may be looking to establish Ciri more as a character. The principal writer Jakub Szamałek has expressed regret for only having Ciri in about one third of The Witcher and wants to flesh her out more as a character. He talked about her rich past and complexity as a character  during a recent Q&A but wishes she could’ve been focused on more. The Witcher 3 is available for PS4, Xbox One, Nintendo Switch and PC now, with Xbox Game Pass offering the title as part of its subscription service. 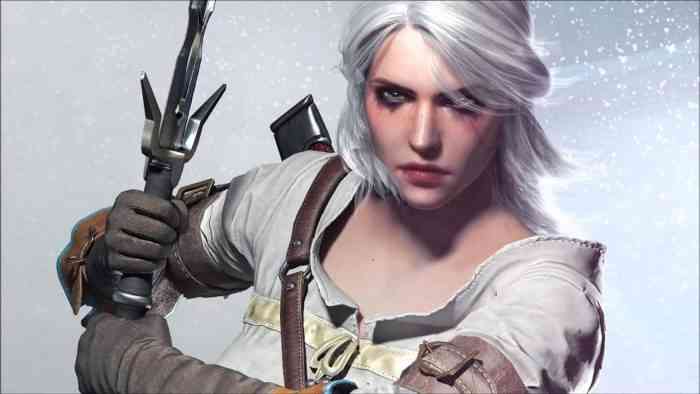 “I regret we didn’t get to explore Ciri’s past a bit more. She’s such an amazingly rich and complex character. Due to obvious reasons,” said Jakub Szamałek. “She’s pretty much gone for two thirds of the game – she didn’t get quite as much screen time as we writers would have liked. But hey, maybe it’s something we’ll get to get back to in the future.” While some of us consider The Witcher 3 the best title in the franchise so far, it would have been nice to see more of Ciri. Are you curious what else we thought about The Witcher 3: Wild Hunt? Check out our review here!

When asked if CD Projekt Red would consider making a Witcher game that focuses on her as a character, Jakub Szamałek simply said: “Interesting question! Would you like to play a game with Ciri as a lead character?” With rumors about the next Witcher title circulating and CD Projekt Red set to focus on it after Cyperbunk 2077 releases, we wonder if this is a coy way of suggesting that the developers intend to make Ciri the protagonist of The Witcher 4.

Do you want to see more of The Witcher’s Ciri? Let us know in the comments below!

Geralt of Rivia Is Being Recast for The Witcher Season 4
Next
Sea of Thieves Will Become Available on Steam Next Month
Previous
Mortal Kombat 11: Aftermath Launch Trailer Makes the Story Exciting