The Witcher 3: Wild Hunt Review – Much More Than Sex on a Unicorn

Alright, I have to come clean with something right away. I’m not ashamed or embarrassed to say it, but after watching Conan O’Brien’s “Clueless Gamer” Witcher 3 review a couple of weeks ago, I too wanted to play the game so that our hero ends up on the back of a unicorn naked with Yennefer. If you watched this hilarious segment, you’ll know exactly what I mean. It was shameless Conan at his best but in addition to the sex on a unicorn bit, several things stood out for me. The first being that unlike the previous games in the franchise, The Witcher 3 has generated more hype than the other two Witcher games combined. The buzz has been inescapable in recent weeks and almost on par with all the pre-launch hoopla GTAV received. With expectations ramped up at a fever pitch, is there any way The Witcher 3 can live up to its billing by delivering one of the better RPG experiences of the year? Without hesitation the answer is yes as The Witcher 3 is hands down a must own for any RPG fan.

Before we plan the victory parade or prep for all those Game of the Year acceptance speeches, there’s no denying the game has some faults and some big ones at that. Those faults come in the way of some nasty glitches, noticeable slow-downs when the action becomes a little too chaotic on the screen, and other technical issues that surface every now and then. These issues don’t absolutely kill the experience but it is noticeable and at times freaked the crap out of me as I thought I lost my saved game on a few occasions. Another glitch I encountered featured a brown paddle like object sticking out of the side of our heroes face, for about 20 minutes of gameplay. It wasn’t until a friend of mine suggested I reset the console that the glitch went away. Reports of endless loading screens have surfaced too with the only answer being a hard reset of your console.

“As impressive as the scope and size of the game is, Witcher 3 also boasts some of the best story telling we have seen in an RPG to date.”

Much like Skyrim, Witcher 3 hits some snags along the way. With a game so massive and rich in detail some bugs are inevitable, so it’s hard to punish a game for some of these technical bumps on the road. There is an update on the way so we should see some of these issues ironed out shortly. All bugs aside Witcher’s 3 first impressions were positive. As impressive as the scope and size of the game is, Witcher 3 also boasts some of the best story telling we have seen in an RPG to date.

There are layers and layers to Witcher 3’s plotline so I will spare you the long version and give you the ‘Coles Notes’ version. What is fantastic about this story is that you don’t need to play the previous Witcher games to know what’s going on in the game. Witcher 3 does a fabulous job at catching you up and continuing the story of our Witcher, Geralt of Rivia. Our hero is a monster hunter by trade and this time around he is on a quest to track down Ciri, his adopted daughter. Unfortunately his mission comes in dark times as the world he lives in is overrun by monsters and an otherworldly army known as the Wild Hunt. The key to stopping all the chaos rests with Geralt and so the journey begins as our Witcher completes quests, travels the lands and defeats enemies as he uncovers the secrets of the world and creeps closer to tracking down Ciri. In a very tiny nutshell that is Witcher 3’s main storyline. 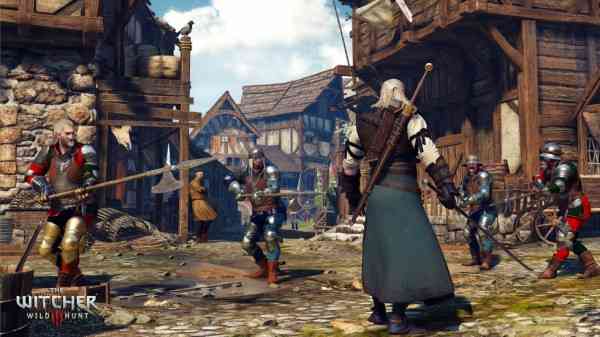 All in all, it is a fascinating tale where you truly feel a part of this world. With some 36 different endings all your interactions have meaning and the choices you make directly influence the game. You can take a more diplomatic approach with Geralt during dialogue or take a no nonsense approach. Being able to communicate the way I wanted to communicate impacted the story unlike I have seen before in an RPG. This being said, the game does take a little while to get going.

For about the first hour or so you are inundated with cut scenes and persistent dialogue with various characters. I understand that a tale as deep as this one needs to be told but honestly if I wanted to watch a movie, I would. After you get past all the initial yammering, Witcher 3 introduces you to the basic mechanics with a little tutorial. You could probably manage without jumping into it but I’d recommend you give it a shot. At the very least it gives you an introduction to the game’s menu system. Just a warning, learning and navigating the game’s menu management system takes some time.

“The amount of secondary quests (including Witcher contracts) featured in the game is staggering and while the main story is enjoyable the game truly shines when you are just galloping along on your trusty horse taking in everything the world has to offer.”

As mentioned, the menu system is a tad complex and the options are endless. Making things worse the text is small, even on my 70” TV (another issue incoming patches are said to be addressing). Whether you are managing your quests, crafting items, shuffling your gear, upgrading your abilities or navigating the map, the Witcher 3 menu system is incredibly large. It’s almost overwhelming at first but the more I played the more I became a little more acclimated to it.

Witcher 3’s main story will take you anywhere from 50 to 70 hours to complete but if you are the completionist type I would set aside at least 200 hours to bang this one out. The amount of secondary quests (including Witcher contracts) featured in the game is staggering and while the main story is enjoyable the game truly shines when you are just galloping along on your trusty horse taking in everything the world has to offer. The world is truly alive and it’s so much fun just taking it all in. You can easily spend hours exploring as you never know what kind of blood thirsty animal or swamp creature might be around the corner. The game features a dynamic day and night system which only adds to the realism as the day/night cycle influences some monsters and their powers. The game also features a dynamic beard growth system, in which Geralt’s beard will grow when he travels between regions. Bottom line, this dynamic world completely sucks you in.

Witcher 3’s combat is fluid and the enemies are not quite as punishing as we have seen in some other RPG’s of late. You can get away with button mashing for the first 5 hours but eventually defending and using your mythical powers becomes critical to your survival. Not to mention leveling up your abilities and preparation is also the key. Leading up to a boss fight, even chatting with various characters who reveal bits of information can be the difference between life and death for Geralt. Rushing into a fight with gusto will do you no go good as patience is often the key to getting past some of the more brutal enemies. I found myself wanting to make full use of the rather complex alchemy and upgrade systems just to get past some of those nastier enemies. You will too. 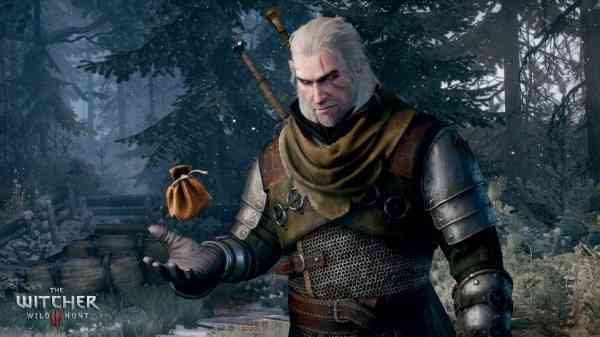 Witcher fans will notice some new mechanics at work as well. In addition to the combat on horse and at sea, Witcher 3 introduces witcher-sense (Geralt’s ability to track his targets), swimming underwater and the use of a crossbow. There is a level of variety we don’t typically see in an RPG and it’s all so satisfying. Also, the enemy AI is responsive and at times unpredictable. In one instance, I merely asked a character a few questions which apparently irritated him and that was enough to ignite an all-out bar fight. It caught me completely off guard and I loved it!

What I didn’t love, however, were the times I would die but who likes dying, right? When you do die and don’t save often (a hard lesson I learned a few too many times) you are greeted with a long, and I mean LONG loading screen. It absolutely zaps the fun out of the experience and kills any momentum you had before you fell to your death. This is likely due to size of the game but c’mon people it’s 2015. The load times should not be so painfully slow. Another small annoyance was how some of the buttons prompts were unresponsive at times. There were more than a few instances where the game would tell me to press A, I would press A and nothing would happen – yup, very annoying.

“You can get away with button mashing for the first 5 hours but eventually defending and using your mythical powers becomes critical to your survival.”

Visually, Witcher is a gorgeous looking game. It’s a stunning world and one that is remarkably detailed. Some of the villagers can appear somewhat generic but otherwise the game features sharp looking characters, unique looking creatures and an unforgettable world. Honestly, touching on the graphics almost seems like a moot point as no matter what you play it on it’s a jaw-dropping experience.

There is no question The Witcher 3: Wild Hunt delivers a superb ‘Triple A’ RPG experience. Featuring some of the best story telling we have seen so far this year and an unforgettable, dynamic and vast open world, Witcher 3 stands as a must own for not only fans of the franchise but those looking for rich experience they can soak 100+ hours into. Some of the glitches, bugs and other small annoyances hamper the experience but the pros outweigh the cons as the Witcher 3 is a journey worth taking.

Apparently, Writers of Netflix’s ‘The Witcher’ Hated The Games
Next Destiny: House of Wolves DLC Review – Still Looking for All That Extra Meat on the Bone
Previous Toren Review – Fun Brazilian Game Lacks a Bit of Polish