Minecraft RTX in Beta on Windows 10

Minecraft officially has ray tracing in beta, with a Minecraft RTX build available on Windows 10. Minecraft fans who have access to the beta can discover which of the two previous RTX builds Mojang went with for the beta. The vibrant colours and brilliant lights brought by the ray tracing breathes further life into the building survival game that continuously evolves over time. Minecraft is available on nearly every device out there but the beta for the RTX build is apparently only available through Windows 10. 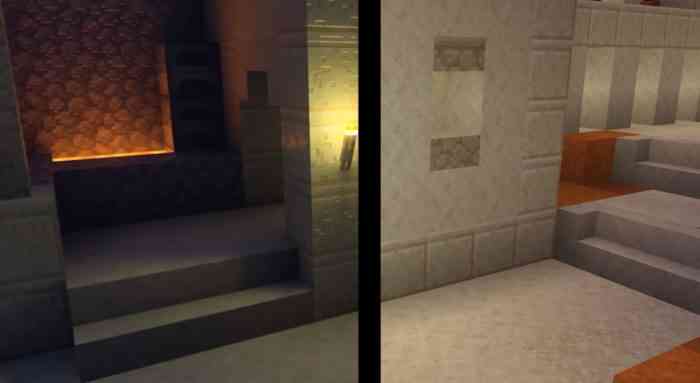 Minecraft fans on the PC who have RTX graphics cards will be able to check out several different hand-built worlds that illustrate the capabilities of the Minecraft RTX beta build. Gamers can download these worlds for free provided they have access to the beta. Although Minecraft is typically easy to run on any device, the requirement of an RTX ready graphics card means that this is the first release from the franchise that your computer may not fulfill the system requirements for. If your PC is RTX ready, we recommend checking out how far Minecraft has come in recent years.

Because the Minecraft RTX build is currently in beta, it may receive several changes between now and the official update that changes the base game. We expect that gamers will be allowed the option to not update the game, with many fans of the franchise not having graphics cards that are capable of ray tracing. The beta is only available for Windows 10 and there’s no word on whether or not console fans will have access to the improved tech on their Xbox One X or PS4 Pro, but we can safely assume that the Nintendo Switch and mobile devices won’t get the RTX treatment.

Will you be checking out the Minecraft RTX beta? Let us know in the comments below!

New My Time at Sandrock Multiplayer Open Beta Starts Next Week
Next
Teachers Are Using Video Games to Teach Their Students Amidst the COVID-19 Outbreak
Previous
Borderlands: GOTY Edition Is Free on Select Platforms