Former Sony and Lionhead developer Robert Tatnell is making his independent debut with Hokko Life for PC. The game is described as a “creativity-filled community sim game” and it looks like it’s set to compete with Nintendo’s Animal Crossing: New Horizons. 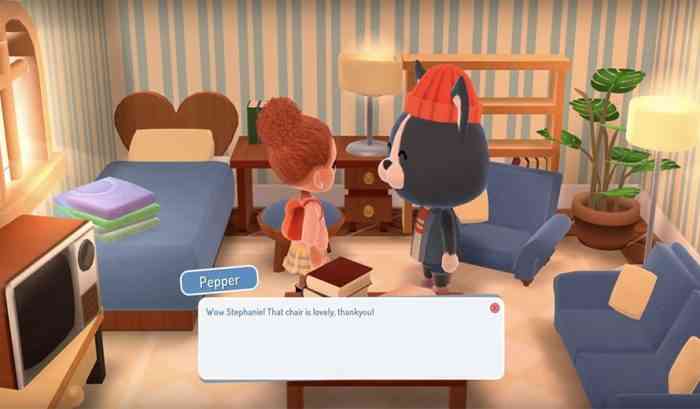 A trailer was launched today along with the official website. The game appears to have a similar opening to Animal Crossing as the player arrives in the town by train. All of the townspeople are animals, and each one appears to have their own home, similar to the Nintendo franchise.

Where Hokko Life sets itself apart is in the ability to customize everything from your clothing to the layout of the town itself. The trailer shows a player dragging and dropping houses to wherever they like. Players can customize the inside of their homes and the furniture in great detail. In the customization screen for a couch, players are able to adjust the angle and location of the pillows on the couch among other things.

The game also brings in elements of Harvest Moon with a gardening mechanic. A crafting system is also present. Fishing and bug catching have also made their way into the game.

Hokko Life is set to launch on Steam in Early Access later this year. The game is not available for pre-order yet, but it can be added to your Wishlist. Tatnell is supporting this project through a Patreon page. Contributors get exclusive access to a dev log at the base level. Those who contribute $5 USD or more a month gain access to an exclusive Discord channel where they can vote on features, villager designs and more.

If you want to stay up-to-date on this game then you can join the Discord channel for the latest Hokko Life updates.


State of Decay 2 Will Arrive on Steam Early This March