Yo, dawg. I heard you like remakes. So, I’m gonna hit you with a remake of a remake. In 2003, developer Marvelous made the first Harvest Moon entry for the GameBoy Advance called Harvest Moon: Friends of Mineral Town. It was a portable remake of the 1999 console game Harvest Moon: Back to Nature. Now, 16 years? 20 years later? Yesterday, Marvelous announced that they are coming out with a Harvest Moon: Friends of Mineral Town remake; a reremake. Japanese audiences can expect it in October 2019. The rest of the world might have to wait a little longer. 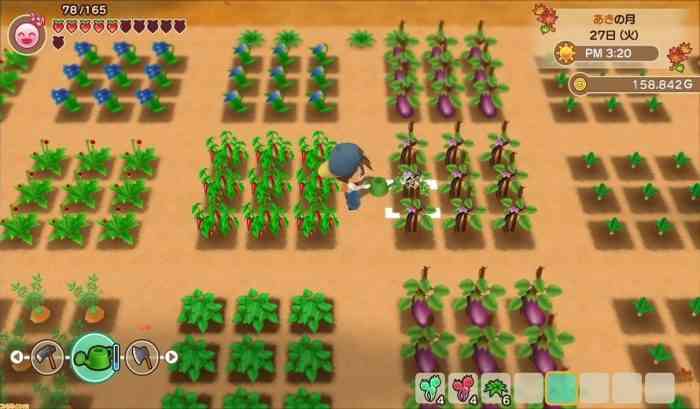 On top of that announcement, Marvelous also put out a trailer for their project. It’s entirely in Japanese, but it’s Harvest Moon; you get it. You plant crops, you harvest them, you tend to livestock, you mine, you socialize, you romance. Friends of Mineral Town’s GBA release was considered one of the best in the series. It was even ported to the Nintendo Virtual Console for the Wii U in 2015 for console audiences. The new trailer shows the classic top-down aspect seen in pretty much all previous Harvest Moon titles. The dialogue is shown in visual novel fashion.

The remake will be released in Japan first, will be titled Story of Seasons since it is not called Harvest Moon in Japan. It will come out there on October 17th, 2019, but no word yet on a worldwide release date. Don’t forget, Harvest Moon: Mad Dash is also on its way, but also has no release date.

Will you pick up the new version of Friends of Mineral Town? Let us know in the comments below.

Story of Seasons: Pioneers of Olive Town to Get a Paid Expansion Pass

Check Out What’s in Harvest Moon: One World Collector’s Edition

Harvest Moon: One World Will Also Release on Xbox One