New Content, Techniques and World To Explore in Harvest Moon: One World

Natsume Inc. is a video game developer and publisher with a lengthy history in the video game industry and one that is best known for the Harvest Moon franchise. The company has officially announced that its latest iteration, Harvest Moon: One World will be launching in August on both the Xbox One and Xbox Series X. The game is already available on PlayStation 4 and Nintendo Switch. 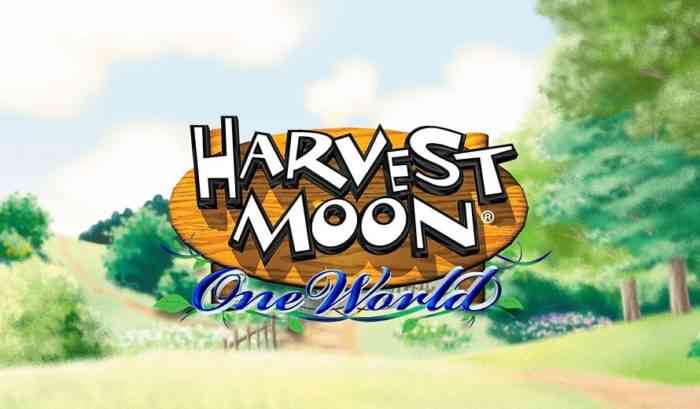 Players were imbued with powers from the Harvest Goddess prior to her disappearance and now have the ability to plant seeds to grow various fruits and vegetables, however, to progress, players will have to explore far and wide to find Harvest Wisps. The game also offers players the opportunity to raise animals such as cows, sheep, goats and reindeers. Players will take on the roles of either male or female characters with the opportunity to woo one of five bachelors or bachelorettes, each with their own traits and style.

The four DLCs available at launch provide even more diversity to the game as the Precious Pets Pack includes twelve unique animals while the Mythical Wild Animals Pack introduces up to ten weird animals for players to fun. Additionally, the Far East Adventure Pack takes players on a unique adventure to the exotic lands of Wagashi and the Interior Design & Tool Pack allows players to customize their homes and more.

What are your thoughts on Harvest Moon: One World? Are you a fan of the franchise? Let us know your thoughts in the comments below or on Twitter and Facebook.