Explore an Alien Ocean In Other Waters

There Are Many Mysteries In Other Waters

In Other Waters is a strong narrative experience that provides gamers an alien ocean to explore as they uncover the story. In Other Waters tells the tale of a xenobiologist named Ellery Vas who discovers extraterrestrial life while searching for her missing partner who abandoned their base. Rather than playing as Ellery, gamers will take control of her AI to help her find her missing partner. Fellow Traveller and Jump Over the Age are bringing In Other Waters to PC and the Nintendo Switch in Spring of this year. 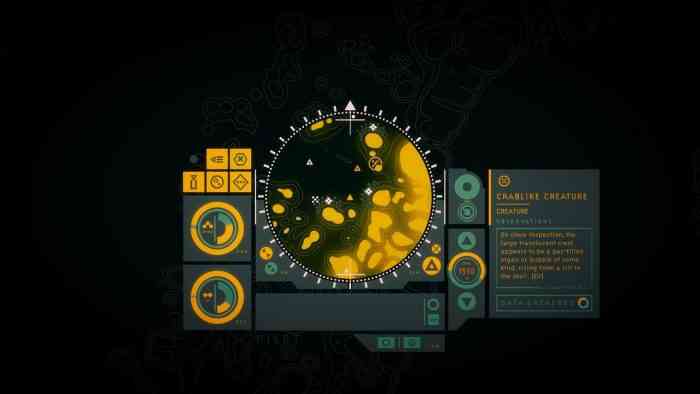 Gamers will discover new areas of the alien ocean by going out of their way and exploring the foreign waters. These discoveries will lead to upgrades that unlock new areas in previously visited locations, unique conversations with Ellery and additional side-quests. Properly managing Ellery’s oxygen and suit power will keep the relationship between her and the AI strong, while conversation will strengthen that bond. Gamers will spot points of interest and request Ellery to investigate them when on dives together. Scans reveal alien creatures, clues, objects and other features to investigate.

Creatures that gamers come across in the alien ocean of In Other Waters can be analyzed to discover their purpose, while samples of the local ecosystem can be studied to unlock new areas, scare off predators, solve puzzles and feed grazers depending on their diet. Messing with the alien wildlife can affect their behavior and Ellery’s suit can be upgraded to dive deeper into the mysterious ocean. Being an intuitive AI allows gamers to observe, scan and study the alien environment in unique ways that other games don’t touch upon.

Will you be checking out In Other Waters this spring? Which alien planet would you like to explore? Let us know in the comments below!