Exit the Gungeon Coming to Consoles and PC in 2020

Dodge Roll Games will be releasing their roguelike Exit the Gungeon for PC and consoles this year according to their official Twitter account. The title has been exclusively available for Apple Arcade subscribers since October last year and the exclusivity apparently runs out this year. Enter the Gungeon has also surpassed three million copies sold according to Dodge Roll Games, which is a big milestone for the indy developer. For gamers who can’t wait until it’s released on consoles and PC, it’s available on iOS only on the Apple Arcade which is $4.99 per month. 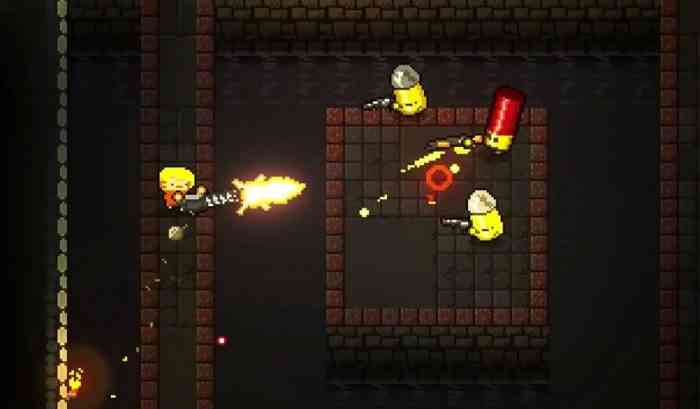 With Enter the Gungeon being available for the Nintendo Switch, PC, PS4 and Xbox One so it’s not a big surprise to see the sequel making it to these platforms. This is an unexpectedly short exclusivity period for Apple Arcade, however, considering how few titles are actually exclusive to the service. Due to the statement made by Dodge Roll Games about the original Gungeon title selling three million copies, we wouldn’t be surprised for the sequel to reach similar sales numbers when it releases for consoles and PC.

On their official Twitter account, Dodge Roll Games said: “Enter the Gungeon has surpassed three million copies sold and we’re so thankful for the community’s support! Excited to release House of the Gundead to arcades and Exit the Gungeon on PC and consoles early this year!” Despite the unexpected announcement of the title moving to consoles this year, they neglected to include a release date or even a release window for when gamers on consoles and PC can expect to see it transition to their platforms.

Will you be giving Exit the Gungeon a shot when it releases on consoles and PC? Have you tried the title through Apple Arcade? Let us know in the comments below!