Bandai Namco recently dropped some brand new screenshots for Digimon Survive on Japanese site, PlayGame, which were then shared on Twitter by the community. The screenshots depict more of the world as well as the characters who live in it, from human NPC’s to the Digimon themselves. Some of the Digimon shown off were Agumon, Fangmon, Metal Greymon and Betamon. It’s unclear whether the humans in the screenshots are DigiDestined or less important characters as of now. Digimon Survive will be releasing on the Nintendo Switch, PC, PS4, and Xbox One sometime in 2020. 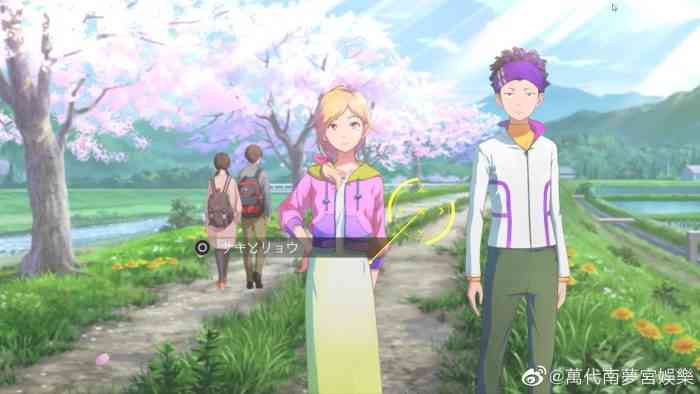 During a recent Bandai Namco developer diary, the team working on Digimon Survive gave new details on the game to compliment the released screenshots. They discussed past, present and future Digimon titles and how previous installments will affect the upcoming 2020 title. Producers of Digimon Survive, Habu Kzaumasa and Tsuzuki Katsuaki, will appeal to both the hardcore and casual audiences with the latest Digimon title. To do this, the team is apparently mashing up elements of old school tactical RPGs and adventure games. The developers hope this combination of gameplay styles will appeal to many gamers and Digimon fans who are young and old.

There are apparently two unique parts of Digimon Survive, the first of which is called the “drama part” and it’s basically a text adventure. Gamers will be given a number of options and their choices will impact the story, which will make the game more replayable. The “battle part” is pretty standard for tactical RPGs; although the choices gamers make in the “drama part” will impact various conditions in the “battle part.” Gamers will be able to Digivolve their Digimon during battle which is shown off in a screenshot where Agumon becomes Metal Greymon.

Are you excited for the upcoming Digimon game? Which of the classic Digimon games and season of the show is your favorite? Let us know in the comments below!

Bandai Namco’s Gundam Evolution Has Officially Launched On PC
Next
Will the Fallout 76 Wastelanders Update Lift the Game out of Trouble?
Previous
Bungie Isn’t Focused on Destiny 3