Just last week we got our first real glimpse at the newly announced Digimon Survive coming from Bandai Namco with a few awesome screenshots. As promised, the publisher has revealed a bunch of new details about the game during a livestream event alongside not one, but three brand new trailers! 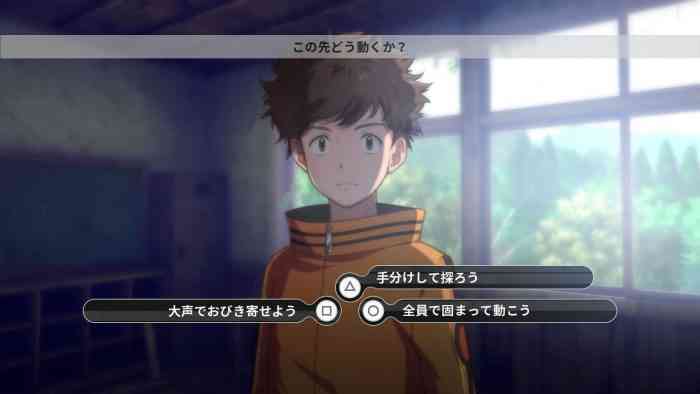 While we already knew a little bit about the storyline for Digimon Survive, where players will play as Takuma Momotsuka, who has been transported from camp to a weird and strange world, and along with his partner Digimon Agumon, they must fight their way back home. In addition to this Bandai Namco has previously stated that the game will be quite choice heavy, each choice affecting how the game will turn out in the end. What we’ve now learned is that the game’s character can actually die due to certain decisions throughout the game. Of course this means that you’ll have to play even more cautiously to ensure your characters survival, as the decisions will matter.

In addition to the crazy new details about the impact your choices will have in-game, it was also revealed that the game will have about 100 playable Digimon and while that’s not as many as some games before it, it’s still a lot. Despite no reveal window set during this livestream, it was also announced that Digimon Survive won’t just be released for the PS4, but also the Nintendo Switch as well. As for the first look trailers, you can check out the game’s first teaser trailer, it’s first two gameplay trailers below.

Digimon Survive is set to release sometime next year in Japan. No word yet on a release to North America. Are you excited for Digimon Survive? Are you surprised that your choices will have such consequences this time around? Let us know your thoughts in the comments below and don’t forget to keep it locked for updates!

A New Tekken Title was Just Revealed for PS5, Xbox Series X, and PC
Next
Gears 5 to Feature a Scary New Enemy That Will Be “Your Worst Nightmare”
Previous
Official Street Fighter Gold Bars For Sale