If you’ve been waiting patiently to jump back into the world of Digimon again, your wait is nearly over. Bandai Namco has recently revealed their newest upcoming title Digimon Survive, and now they’ve launched an official website complete with a few screenshots and details. 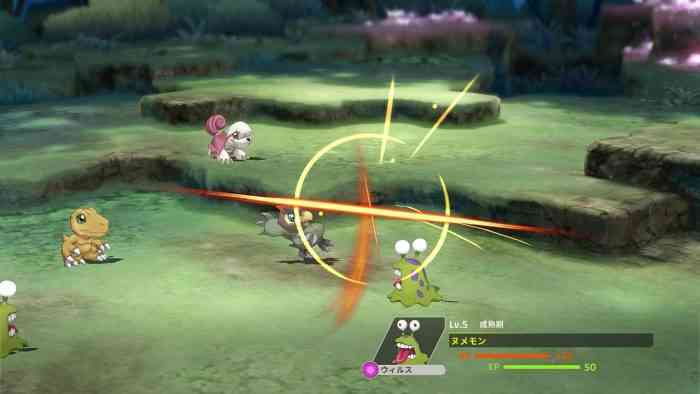 Today Bandai Namco launched their official Japanese website for Digimon Survive, and while it’s not the first time it’s existence has been revealed, it does share a few other exciting details. According to the website, the game will be released in Japan for the PlayStation 4 and Nintendo Switch sometime next year. While no information is currently available as to whether it will make its way to North America, hopefully this will be announced soon.

In addition to which consoles Digimon Survive will be playable on, Bandai Namco also dropped a few awesome screenshots and a brief description. The game will be “A survival simulation RPG where boys and girls who get lost in another world must fight alongside monsters to survive extreme conditions and return to their own world.” The game focuses on the concepts of decision making and story, and the choices you make during the adventure will change the story’s development and the creatures you can Digivolve during battle.You can check out the screenshots below.

More information will be available in just over a week, on July 29th, during a live streamed event from from Odaiba, Tokyo. What are you hoping is revealed during this event? Are you excited about a new Digimon game? Let us know your thoughts in the comments below and don’t forget to keep it locked for updates!