During a recent interview, communications director at Bungie, David Dague, claimed Destiny 2 is the primary focus for the studio for the foreseeable future. Apparently the studio has some “cool stuff” in mind for their first Destiny title since splitting with Activision, but they plan to improve Destiny 2 much more before solidifying a sequel. Dague also admitted to being no fan of the Hunter Guardians, claiming that capes and knives are easily ridiculed. Destiny 2 is available on PS4, Xbox One, PC and Google Stadia. 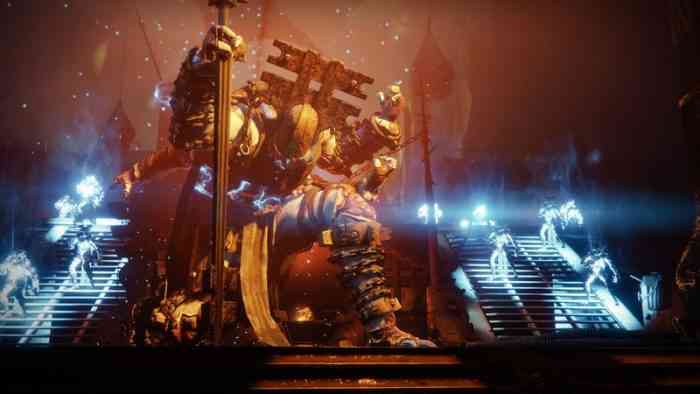 “I don’t have any good announcements to make about the next bold moves we’ll make in the franchise,” said David Dague. “Right now our commitment and our attention is to make the seasons that will unfold over the course of the next year interesting and sustain a perennial story arc that will keep players engaged.” This should come as refreshing news to fans of Destiny 2 but may be disheartening to people who were looking forward to Bungie’s breakout sequel since departing Activision. “We’ll have a lot of cool stuff to say on that later, but I’m afraid that moment will have to wait a little bit longer.”

“To create some fun interactions with the community, I like to stoke the rivalry. But I appreciate every class of Guardian,” continued David Dague. “The way they complement each other, the way they counter each other, the way they create healthy competition in the Crucible or good cooperation and collaboration in something like a strike or a raid. It’s just so easy to pick on, with their capes and their knives. So it’s just something we do for a little bit of fun on social media.” Dague may not be a fan of Hunters but we personally enjoyed playing as them in both Destiny titles.

Are you bummed that Bungie isn’t thinking much about the next Destiny title or are you glad Destiny 2 will get more attention moving forward? Let us know in the comments below!


Destiny 2 Is Getting Deep Stone Crypt Weapon Crafting Next Season