The new Halloween-themed Doktor’s Curse update for Tom Clancy’s Rainbow Six Siege has launched today, bringing a new game mode, an aesthetic change to an existing map and a plethora of new cosmetic treats. The Hide and Seek style game mode has defenders tasked with hiding in the best spot within a time limit of a few minutes. Both attackers and defenders have gadgets that will improve their ability to hide or seek. The new map is a haunted-house version of the existing theme park map. Rainbow Six Siege is available for Xbox One, PS4 and PC. Gamers who log-in between today and  November 6th will receive one free Doktor’s Curse pack. Apparently, gamers can purchase the packs for 300 R6 Credits or 12 500 Renown, with a 10% discount for Y4 Pass owners. 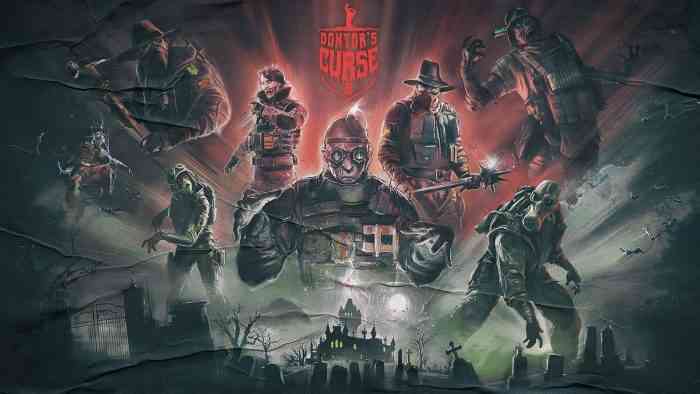 In the new Hide and Seek game mode, defenders have access to gadgets such as traps and the limited-time ability that lets them turn invisible and run faster, making it possible to relocate in a pinch. The attackers are known as exterminators  and they’re armed with sledgehammers which exceeds any firepower the defenders are capable of. Attackers will also have gadgets that help track the defenders, emphasizing the seek in hide and seek.

The Doktor’s Curse Collection introduces brand new skins for five operators: Smoke, Kapkan, Frost, Lesion, and Ela. These operators get their own set of four items, as well as Doc and Bandit totaling 28 items. The classic 2018 Halloween skins are also once again available for a limited time.The Doktor’s Curse event includes the new Ubisoft Club Challenge, allowing gamers to earn one of the 28 packs if they achieve 20 kills while playing the Doktor’s Curse map, and a second pack if they manage to win 13 rounds in the Doktor’s Curse playlist.

What’s your favorite addition coming to Rainbow Six Siege with the Doktor’s Curse? Which operator do you prefer to play as and did they get a cool new skin? Let us know in the comments below!