The previously leaked update bringing zombies to Apex, Fight or Fright, is officially releasing on October 15th. The new update will be adding new features to the battle royale such as Shadowfall which is a darkened Kings Canyon and double XP for gamers grinding for the new Halloween themed skins. There are 24 Fight or Fright event premium cosmetics that gamers can unlock through Apex packs, direct purchases or using in-game Crafting Metals. The Fight or Fright update is coming to Apex Legends next week on Xbox One, PS4 and PC, October 15th. 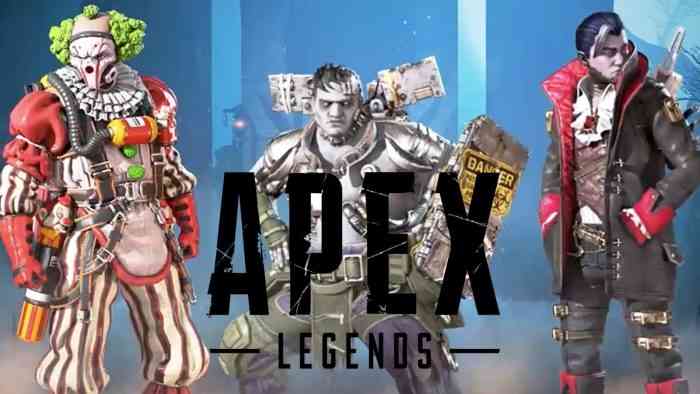 Each Apex Legends event adds some of the coolest skins in the game and Fight or Fright continues that trend with the Halloween themed skins which will add a new dynamic to the night time mode for Kings Canyon. Gamers who are fans of the new frozen map might be disappointed to return to Kings Canyon, but they will find new ways to appreciate Kings Canyon with Shadowfall especially after respawning as an undead nightmare. The limited time mode is only expected to last for the duration of the Fight or Fright event.

Gamers will be able to unlock free exclusive skins, music packs and badges through a variety of challenges coming with Fight or Fright. The new legendary skins will cost 1,800 Apex Coins and the Epics will be 1,000, they can also be crafted for 2,400 and 800 Crafting Materials respectively. Each of the Fight or Fright Apex packs will cost 700 Apex Coins, while one will likely come included with the event.

Lifeline will be getting her Heirloom set preview with the upcoming Apex Legends update, continuing the progressions with the popular hero. Are you more excited for the limited time Shadowfall event or the cool Halloween themed skins coming with Fight or Fright? What’s your favorite thing about Halloween? Let us know in the comments below!