#BoycottBlizzard is Trending After Hearthstone Fallout

Blizzard’s treatment of Ng Wai Chung (aka blitzchung) has #BoycottBlizzard trending as fans of the company delete their accounts and sever ties. Blitzchung was banned from Hearthstone Grandmaster tournaments and his winnings from this tournament were retracted by Blizzard after Ng Wai Chung allegedly broke tournament rules. Blitzchung broke the rules when he stated “Liberate Hong Kong, revolution of our time” in his native language. Blizzard is silencing blitzchung but other companies are there to support him and the gaming community has been polarized by his actions. 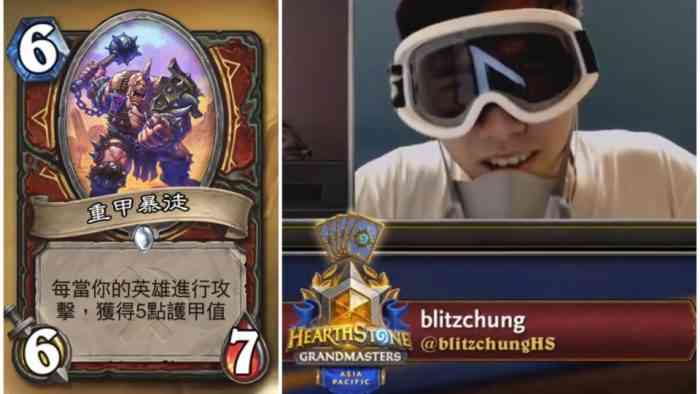 Gaming and politics don’t often mix, but due to blitzchung being punished so severely for his statement has many people defending him, including employees at Blizzard who walked out in protest of his ban. Hearthstone Grandmasters pro-commentator Brian Kibler has also announced that he won’t be participating in any more events with the company, stating “I will not be a smiling face on camera that tacitly endorse this decision. Unless something changes, I will have no involvement in Grandmasters moving forward.”

The commentators who were interviewing blitzchung after he won his game were also fired over his statement, leaving Taiwanese casters Mr. Yee and Virtual questioning their future because of someone else’s speech. Because of this abuse of power, gamers are tweeting #BoycottBlizzard, they forced subreddits to go down temporarily from the outrage and with Blizzcon on November 1st, the company is releasing differing statements for damage control. “As you know there are serious protests in my country now,” said blitzchung. “My call on stream was just another form of participation of the protest that I wish to grab more attention.”

After seeing Epic Games and other companies, political figures, etc. standing in support of blitzchung as well as the solidarity of many Blizzard developers standing behind him, it’s clear that blitzchung accomplished his goal. People who might not otherwise talk about Hearthstone or even Blizzard are now talking about blitzchung and what he said. Blizzard’s excuse for everything they’ve done so far is: blitzchung said something offensive according to their discretion which is subject to change.

What do you think of the way Blizzard handled blitzchung and the casters interviewing him? How do you think his statement should’ve been addressed? Let us know in the comments below!

Overwatch 2 Devs Are Adding a Guild System
Next
Heavy Ammo Nerfed and Other Shadowkeep Changes
Previous
Eek! Games Has Added House Party Combat and Teases More for Next Update