Killer Queen Black Flies into October at a Snails Pace

Nintendo recently released a gameplay trailer for Killer Queen Black which included a release date of October 11th. Gamers can pick between several character classes to battle in one of two teams with four players in a fast-paced multiplayer deathmatch. The trailer shows the intensity gamers can expect from each action platforming battle and how ending a match can come in many forms. Killer Queen Black is a re-imagining of an arcade hit called Killer Queen and it will be available on Nintendo Switch, Xbox One, PS4, Mac OS and PC in October and it’s presently priced at $30. 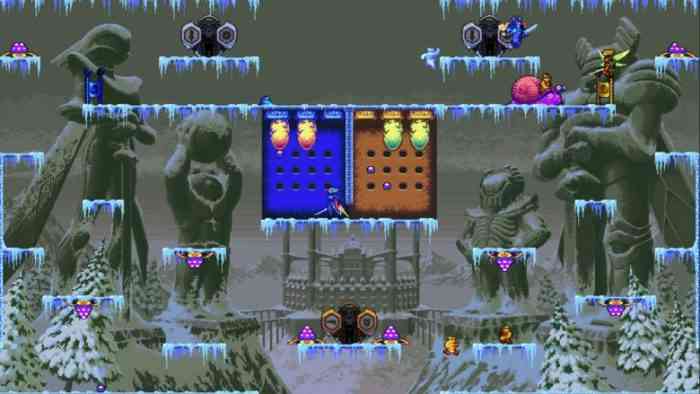 Combat is only half of the fun in Killer Queen Black as your team of bees works to complete challenges while fending off the enemy team. Gamers can win their matches in multiple ways, which will help with replayability as one match may end with a snail race and another may lead you to an economic victory as you collect berries better than the opposing team. Pick between various bee roles such as Worker, Queen or a Soldier to protect and supply your teams hive. Expect to whiten your knuckles during some particularly intense matches as each one will apparently require some serious multitasking. The game brings together developers Liquid Bit, LLC and the fittingly named BumbleBear Games to do the classic arcade hit justice on modern consoles.

Military victories where soldiers defeat each other in combat is something we’re all familiar with and winning by taking all of the currency isn’t much of a stretch but the most exciting way to win looks to be by snail victory. Just as Nintendo is enthusiastic about the reimagined version of Killer Queen, Microsoft recently announced Killer Queen Black will be releasing on Xbox Gamepass the day it launches.

Were you a gamer who tried the original arcade version of Killer Queen? Which victory are you looking forward to attaining in Killer Queen Black? let us know in the comments below!

Terrorarium Lets You Grow Your Own Sadistic Garden