When Nintendo teased new exercise-focused Switch accessories last week, many likely thought that they were just going to be part of a spiritual successor to the Wii Fit series. However, I doubt any of us could’ve guessed that the bendy Switch ring was going to be a controller in a new RPG about going on a quest to defeat an evil bodybuilding dragon named Dragaux.

By using the Ring-Con and Leg Strap accessories, players can traverse the world of Ring Fit Adventure and fight Dragaux’s minions in “Fit Battles”. You’ll need to use the right exercise movements to defeat enemies for XP that’s used to upgrade your character. The story campaign has 20 worlds to explore and more than 40 “Fit Skills” for players to master.

Additionally, there’s a Quick Play mode that includes co-op mini-games and two other modes, “Simple” and “Set”, that allow players to just exercise. For those who need to exercise quietly, the game has “Silent” mode leg exercises that are designed to be quieter than the default leg exercises. 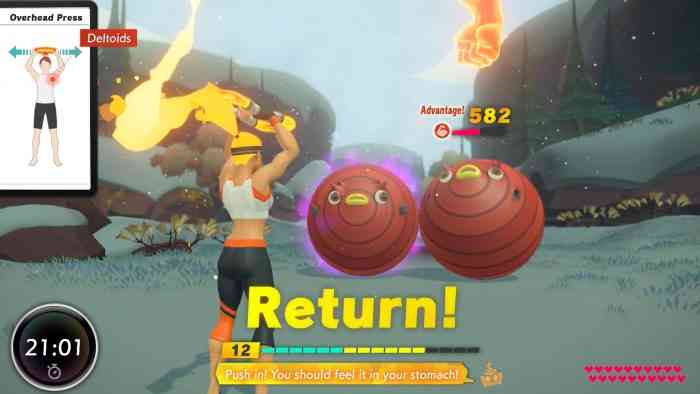 Ring Fit Adventure launches on the Nintendo Switch on October 18th for $79.99 USD.