Fans of furry animals who pre-order Frontier Developments’ Planet Zoo will get the chance to play the early-access beta September 24th until October 8th. The beta will include the first mission from the games career mode and the ability to experiment with different ideas in one biome in franchise mode. Gamers who don’t want early-access but are still interested in Planet Zoo can purchase the game after it launches exclusively on PC officially on November 5th. 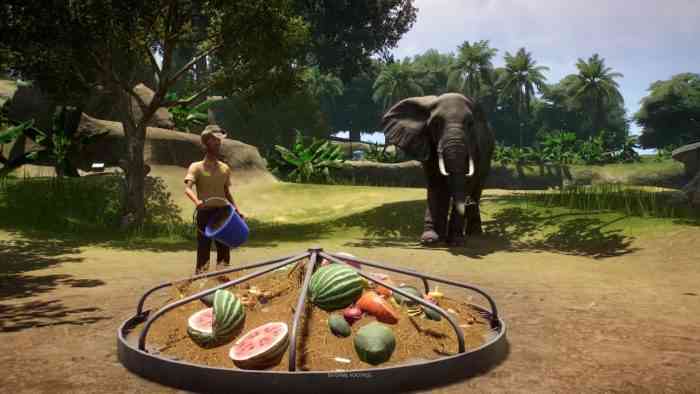 Planet Zoo features a narrative-driven career mode which places gamers as zoo keepers at different locations around the world in a globe-trotting campaign. The Planet Zoo early-access beta will include several animals who have been revealed to be in the full game as well as some that haven’t been shown yet. Franchise mode allows gamers to research, develop, build and and manage their own zoo franchise which includes online features. One such feature is called the online Animal Exchange and this is where gamers go to trade animals with other players to diversify their  zoo. Zoo keepers looking to get the most out of Planet Zoo can find a deluxe edition, which comes with the Komodo dragon, pygmy hippopotamus and Thomson’s gazelle which will add to the diversity of their zoo. The deluxe edition also comes with a soundtrack and wallpapers and will cost $55 while the standard edition is only $45.

The first mission puts gamers in control of an established and popular zoo that needs touching up and the tutorial introduces gamers to the animal market and teaching them the importance of a habitat that is tailored to each scenario and animal. The trade center allows gamers to finish perfecting the enclosures before having the animals transferred from the market to the zoo. The narrators of Planet Zoo has a dry sense of humor as they fill the career mode with family friendly jokes.

What are some of your favorite simulation games? Will you be getting Planet Zoo? Let us know what your favorite zoo animal is in the comments below!

Moonshine Inc Setting Up a Distillery Demo on Steam Soon