I was eager to get some hands-on time with World of Warships mostly even though I don’t really go in for vehicular combat games. I know Wargaming.net has a solid history of producing quality freemium MMOs, starting with their flagship title World of Tanks, which was released back in 2011. A quick glance at the strategy and action, as well as variable gameplay and customization, in World of Tanks had me interested in World of Warships.

Enjoy the calm seas of a safe harbour and gear your vessel up for the coming battle – World of Warships is finally here. If you’re a fan of the World of War franchise, this latest installment of the trilogy (Land, Air & Sea) will have you running to action stations. If you’ve never given any of the “World of…” franchises a shot, now’s a good time – sporting some features not included in previous Wargaming titles, World of Warships will get you hooked on the world of MMO vehicular combat. 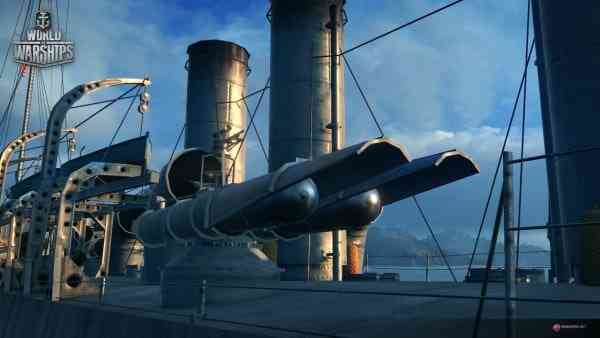 At four years in development, and easily the longest wait of the trilogy, World of Warships features aircraft carriers, battleships, cruisers, and destroyers from numerous global factions, from the good ol’ USA to the esoteric Regia Marina. Akin to an RPG class system, the four ship types offer various pros and cons for players in a rock-paper-scissors fashion, from the versatile but slow floating behemoths that are aircraft carriers, to the heavily-gunned and maneuverable, but less survivable, destroyers.

This game features a lot of customization, with each faction having a tech tree starting with a lowly but very capable cruiser. Players advance through the tree, earning XP on previous ships to unlock progressively more devastating ships, with premium ships being pinnacle of each tree. Players can even level and customize the commanders they use, specializing them according to play style, and swap them between ships. Like I said, this title is huge on ship customization and development – individual modules on each ship can be upgraded and specialized in various ways, from decreasing the main battery’s aiming time, to increasing torpedo tubes in the hull. On release only the United States Navy and Imperial Japanese Navy tech trees are available, with other factions planned for release later on.

“World of Warships offers veteran MMO captains and World of War newbies alike a lot to write home about – in this case, loose lips float ships.”

One of the best aspects of this game is the balance between strategy and action – while you can create a vessel of doom in port, if you don’t utilize map cover or improperly orient your ship to the enemy, it won’t count for much. Once the ships hit the ocean in either Co-Op or Random battles on 10 different maps and various game modes with up to 23 other live players, every aspect of combat counts, from ship positioning and cover on approach to a target to the use of the binocular camera to spot incoming enemies from kilometers away and get the first salvo in. The AI bots used for Co-Op battles are far from stupid too, punishing the poor choices of foolhardy commanders. Currency and points from victories can then be taken back to port to further modify ships and commanders.

On the other hand, this game can be unforgiving to mistakes – finding yourself on the wrong side of an enemy ship, unable to quickly maneuver your vessel out of the path of a volley of torpedoes, can mean a crippling deck fire or flood at the least, or a quick end to your match at worst. Players need to master multitasking, performing speedy repairs to damaged guns or ship controls, while adjusting a vessel’s angle during combat in order to allow all gun batteries or torpedoes a good shot at enemy ships. Foundering a ship has in-game financial consequences as well, since destroyed ships require pricey servicing before they can re-enter battle. 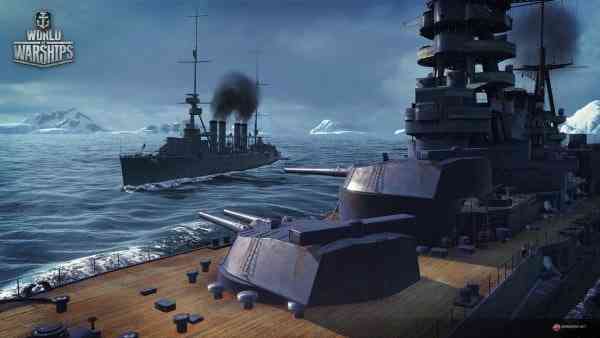 The in-game economy provides yet another level of depth to World of Warships. Pretty much every upgrade, modification, and commander skills can either be earned with your prowess on the high seas or bought using real-world currency through the Wargaming.net site. This even includes ships, which can be purchased from Wargaming. While this might seem like taking the easy way out, the balance between resources and sheer skill in this title ensures a noob will still have a hard time figuring out how to use their newly purchased hardware, while battle-hardened players will reap the rewards of experience.

With a host of additional features like Ranked Battles, night fights, weather events, clan warfare, and more factions scheduled to hit the high seas shortly after launch, World of Warships offers veteran MMO captains and World of War newbies alike a lot to write home about – in this case, loose lips float ships.

Author’s Note: Stay tuned for an exclusive interview with the Wargaming.net dev team coming soon regarding some unique features of World of Warships and the future of the World of War franchise.

***This game was reviewed on PC with a press account provided by Wargaming.net*** 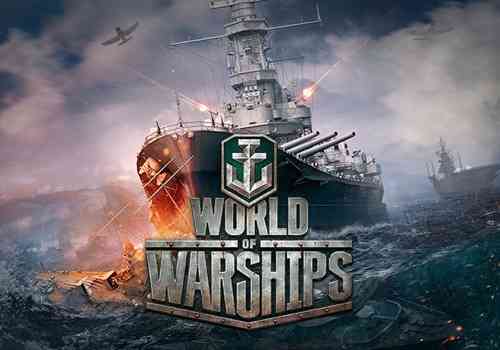