Verdun Review – All We Need Is Just a Little Patience

World War I games appear to be all the rage. While Battlefield 1 seems to be stealing the spotlight this year, there is a lesser known game called Verdun which is out now for PS4, X1 and PC. Who would have thought that after releasing countless World War II games, Vietnam Era games, Modern Warfare, and even futuristic warfare games we’d find ourselves going all the way back to World War I?

Verdun isn’t your typical shooter. I tried playing Verdun like I would Call of Duty at first and it ended with me getting frustrated. Verdun isn’t a game that is about running and gunning. It’s more about trench warfare, teamwork and taking things slowly. In some respects, Verdun is more Brothers in Arms than Call of Duty.

Verdun has no campaign to speak of. The game is based solely on multiplayer. There is offline play but it’s fairly limited so most of your time will be spent online. Any game that puts most of its focus in online play lives and dies by the size of its community. Verdun doesn’t feature a large online community, with no more than a few hundred players online at any given time. In addition to that, some modes you can’t even play since no players can be found.

“While Verdun strives for realism, it’s sometimes inconsistent in its approach.”

Verdun is a fairly realistic shooter featuring no aiming assist, focusing heavily on realistic weapons and squad based gameplay. Even the loading screens of the game are littered with historical facts about the battles that ensued during World War I. Since a lot of the guns are bolt action rifles, the gun battles involve a lot of shooting and re-loading making some gun battles feel drawn out. The online matches can also take at least a half an hour, so having a lot of patience will be quite useful. While Verdun strives for realism, it’s sometimes inconsistent in its approach. There is no friendly fire in Verdun and on top of that it’s often difficult to tell friends from foes. This led to me wasting unnecessary rounds on friendly forces with no consequences.

When you boot up the game, it offers a text-based based tutorial that takes a few minutes to read through and literally teaches you nothing. Verdun has a lot of interesting elements, but does a poor job explaining or making the player aware of them. It’s a real shame because Verdun does have the glimmers of a solid shooter by offering satisfying gameplay when everything’s working as it should. Nothing is more satisfying than taking out an enemy with a single shot or working as a team to push further into enemy territory. 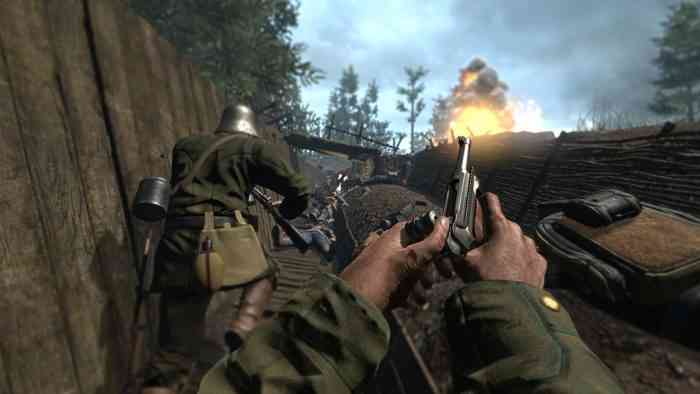 Verdun contains four modes of play: Frontlines, Attrition Warfare, Squad Defense and Rifle Deathmatch. Frontlines is easily the best of the modes available and the easiest to access online. Frontlines is a mode where two teams of 16v16 alternate between attacking and defending territory on the map. Within this mode, each team is split up into four separate squads with each player having a different role. My experience from playing online was that a lot of players don’t really play like a proper squad. This is likely due to my previous point that Verdun features a fairly poor tutorial that doesn’t really teach you anything.

Attrition Warfare and Rifle Deathmatch are both Verdun’s version of team deathmatch and free for all.  You won’t have much luck finding people online to play these modes with.

“It’s realistic, historically accurate and sometimes satisfying gameplay can’t make up for the fact that the game’s community is almost non-existent, gameplay is riddled with technical issues and the lack of a proper tutorial can make the game downright frustrating.”

Squad defense sees four players fight off endless waves of attacks by AI-controlled soldiers. Squad defense is easily the weakest of all the modes as the AI you’ll fight is not very intelligent and will often times run right by you or right up to you before taking a shot. Even with just a pistol, I was able to drop countless enemies who stormed our trench.

Visually Verdun doesn’t do a whole lot to impress. The frame rate hovers just below 30 frames per second, texture pop-in is a fairly common occurrence and lag will hinder your online matches. In addition to that, character movements and animations look awkward and the environments look drab and lack a lot of detail.

Verdun offers a unique experience not seen elsewhere on the PS4. It’s realistic, historically accurate and sometimes satisfying gameplay can’t make up for the fact that the game’s community is almost non-existent, gameplay is riddled with technical issues and the lack of a proper tutorial can make the game downright frustrating. 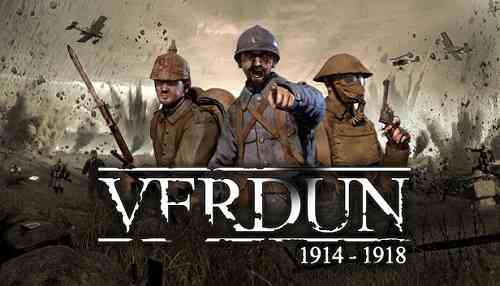