Tricky Towers Review – A Cutesy Test of Your Patience

When the universe gifted us Tetris all those years ago I wonder if it knew how much work that game was going to do. Did it know the beauty and majesty that Tetris would spawn? Gems like Hatris, Wetrix, and Tetris Battle Gaiden all took that original formula and spun it like alchemy into something magical and new. The folks at WeirdBeard are taking a swing of the wand at it with their indie title Tricky Towers. Though I’m not sure they nail the magic aspect.

Tricky Towers trades in the block clearing approach of Tetris proper for some of the physics-based shenanigans of Jenga. The goal (in most cases) is to build as quick and as stable and as tall a tower you can. It’s a game that needs little explanation which is both a blessing and a curse. It’s a nice feeling to pick up a controller and immediately know what the object is and what the rules are, but it also produces a sinking feeling when you quickly begin to realize that the game doesn’t have much more to offer outside of those initial moments.

“There’s something inherently satisfying about seeing your friends visibly devastated when their dreams of an architecture career come crashing down in front of their eyes.”

My issue starts with the limited number of modes the game ships with. There’s three of them (puzzle, race, and survival), two of which play very similarly and get fairly dull rather quickly. Race and Survival have you building straight up while focusing on speed or stability, and Puzzle has you using the given tetrominoes to build as compact as possible. The game modes are the same in the multiplayer as well, the only difference being that you can use offensive black magic spells against your opponents.

Unfortunately, the magic spells you use against people are either lame or round-ruiningly cheap. There were more than a few times that a power was used on me and it just destroyed everything I had done up until that point. Since the game is physics based, if one of your blocks gets placed wrongly it can ruin your entire round. When that happens the game feels totally out of your hands and luck-based, which is terrible. There are times where it feels like you can’t really do anything to catch back up. Your tower becomes so thin or tilted that there’s no stable nooks or edges to place blocks anymore, and this instills one of the worst feelings in video games; you have to keep playing a game you know you’ve lost. 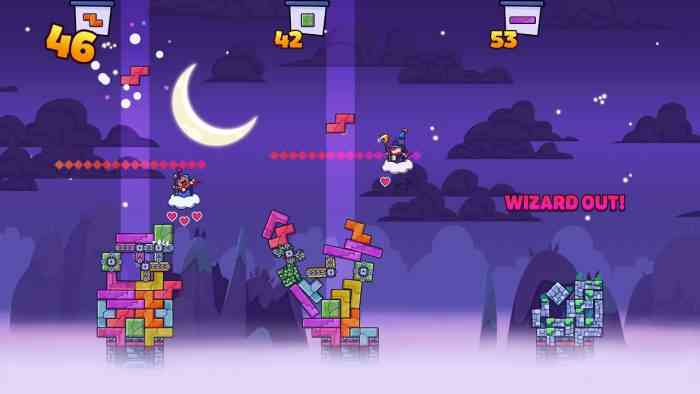 Tricky Towers has this uncanny ability to transmit a unique form of psychosis to the user. When it’s punishing nature is held up next to its cutesy art style, you begin to wonder if you’re losing it. The game shouldn’t be this hard, should it? I should be having more fun, shouldn’t I? These cute little wizards and this adorable kazoo soundtrack insist I do, but something isn’t right; it’s way more frustrating than it has any right to be.

The game isn’t terrible, though, it looks great and it still manages to be fun in short bursts and with other people locally. There’s something inherently satisfying about seeing your friends visibly devastated when their dreams of an architecture career come crashing down in front of their eyes. But that only lasts for a short time because Tricky Towers doesn’t have enough content to warrant the $16.99 (!!!) price tag. 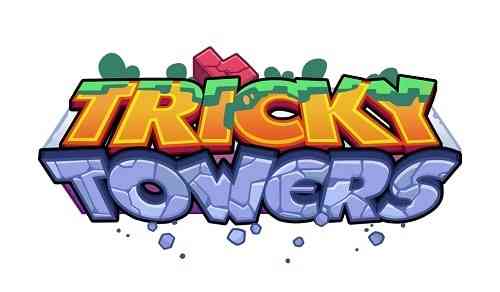