Senran Kagura: Bon Appetit! – Full Course is the latest installment in the Senran Kagura franchise. The Senran Kagura franchise has explored a number of different genres, but the common theme is the plethora of beautiful women. Bon Appetit drops the women into the kitchen (yes, I know how that sounds) and adds a rhythm style gameplay. Note: if you’re offended by sexual humour or near-naked women – then this game is not for you. If you’re a fan of boobs, then you’ve come to the right place!

Bon Appetit offers a pretty simple back story. Hanzo has two desires: busty women and the Super Dish (a very delicious meal). With this in mind, he creates a tournament and invites 22 women to compete for a mythical Secret Ninja Art Scroll which grants the owner one wish. In addition to the basic premise, each of the 22 girls have their own mini-storyline. Each girl has specific interactions with other girls – with some being past rivals, classmates or friends. One particular woman is obsessed with “thick and long” Futomaki – so all of her conversations are not-so-subtle references to blow jobs. The story is hardly amazing, but some of the conversations were pretty funny.

“In Bon Appetit, the woman are well designed and varied. The animation and physics have been amped to provide far more bounce in their breasts then you’d find in reality.”

Bon Appetit’s primary mode is Story Mode, where you’ll pick one of 22 different girls and compete in five rounds against five different girls. Most rounds begin with a conversation between your character and your opponent, and while the girls are fully animated, they interact on bland, flat backgrounds. Each round has three segments to it, where you’ll make a dish that must be better than your opponents. To make a dish, you’ll engage in a rhythm type game (think Rock Band) where you’ll need to press the corresponding button that appears on screen. It’s a simple formula, but as you advance, the speed and difficulty increases. At the end of each segment, a winner is determined, and the loser loses some of their clothing. At the end of the round, depending on your performance, you’ll earn some clothing that you can dress your character up in (in the Dressing Room). Here’s the thing – each round is not a best-out-of-three segments! You only need to “win” the third segment. To test this, I actually put the controller down and let the opponent win the first two segments. Then, I played the third segment – which I won – and ended up winning the round. I was actually quite shocked about this – it’s an odd decision in game design, and really negates the need for the first two segments in a round.

In addition to Story Mode, you’ll get an Arcade Mode which is identical to the Story Mode, but without any story (you just compete for high scores). There’s a Freeplay Mode that let’s you pick your opponent for single round battles. And then there’s the Dressing Room. The Dressing Room let’s you select a girl, dress them in various unlocked outfits, and watch them preform there various cooking tasks – without having to actually push any buttons. However, there is an aspect to the Dressing Room that admittedly made me feel uncomfortable. You can essentially fondle the girls in various ways (but you don’t actually see a hand or anything) and the girls react in disapproving ways. Essentially, you’re virtually sexually assaulting a video game character, and they don’t like it. While I have no problem with much of the content in this game, I did not feel this aspect was a necessary or appropriate inclusion. 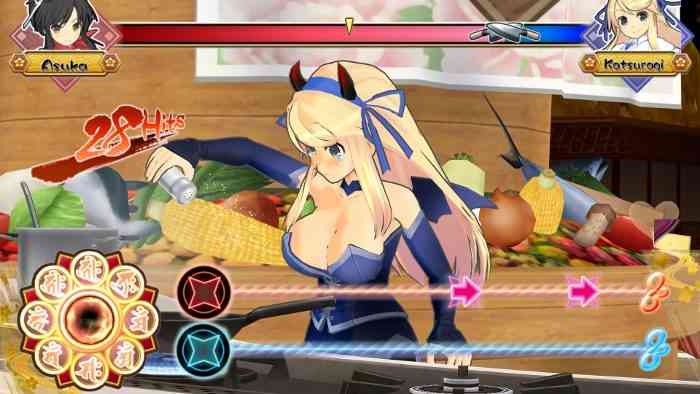 Shockingly, Bon Appetit does not offer any multiplayer modes. While there are 22 girls who you can complete the story with and lot’s of clothes to unlock (if you’re in to playing dress up) – after you’re finished, there really isn’t much reason to go back. However, there are achievements to unlock and leaderboards to compete on.

In Bon Appetit, the woman are well designed and varied. The animation and physics have been amped to provide far more bounce in their breasts then you’d find in reality. It is pretty amusing seeing those breasts jiggle as much as they do whenever the girls move ever so slightly. On the negative side, there are a lot of repeat animations between segments and rounds – watching Hanzo eat the created dish is identical each time, unless you get a perfect round – and then you’ll see some variety in his reactions. It’s also worth noting that you won’t find any actual nudity in this game – if you can get a girl fully naked, her nipples will be covered by tiny anime-style faces. 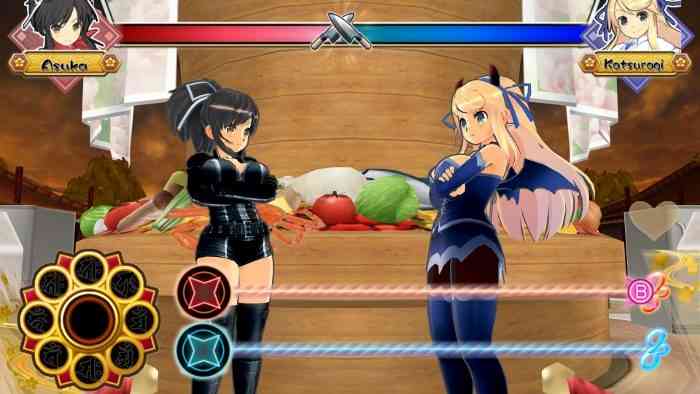 Bon Appetit is voiced in Japanese, with English subtitles. I can’t fault the game for not having localized voice-overs, and I’ll admit it’s entertaining hearing the expressive Japanese voices. I’m not certain if the music is licensed music or created specifically for the game, but for the most part, the music is pretty good.

If you’re looking for a simple, yet challenging rhythm style game, then Senran Kagura: Bon Appetit! – Full Course might fit the bill. The game has some genuinely funny moments if you can appreciate sexual humour and there are an extensive amount of almost-nude, busty girls with a ton of over-the-top bounce. The design of each round was a bit bizarre, in that you really only pass or fail depending on your performance on the third segment of each round. If you can complete a round perfectly, you’ll also be treated with a minimally interactive scene where your humiliated opponent is completely naked, lying in a dessert like a chocolate sundae (the nudity is still obscured). I wasn’t impressed at all with the sexual assault-like moments in the Dressing Room, but fortunately they are completely avoidable. Overall, the game has some redeeming qualities, and can be fun – but you’ll want to consider how you feel about the content first before playing. 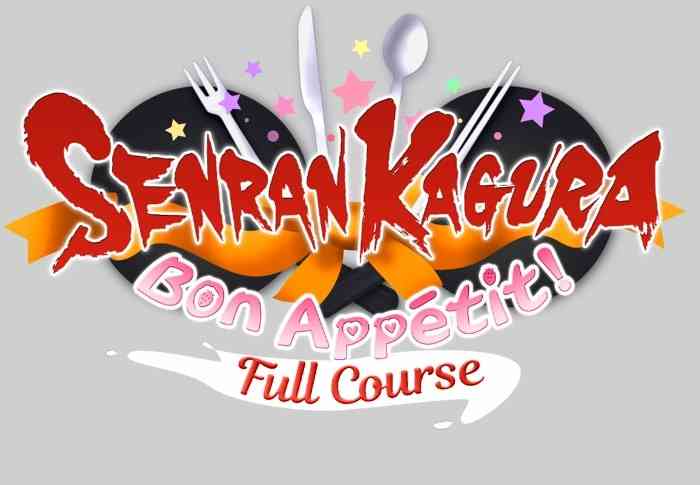