XSEED Games today announced that Senran Kagura Peach Beach Splash is headed to the PlayStation 4 computer entertainment system this summer. The ninja girls of Senran Kagura are back in a whole new way armed with water guns and hydro-jetpacks in Peach Beach Splash, which features all-new visual enhancements to the series, 5-on-5 online team battles, and more lovely ladies than any entry before, all packed into one slip-sliding third-person “splasher.” 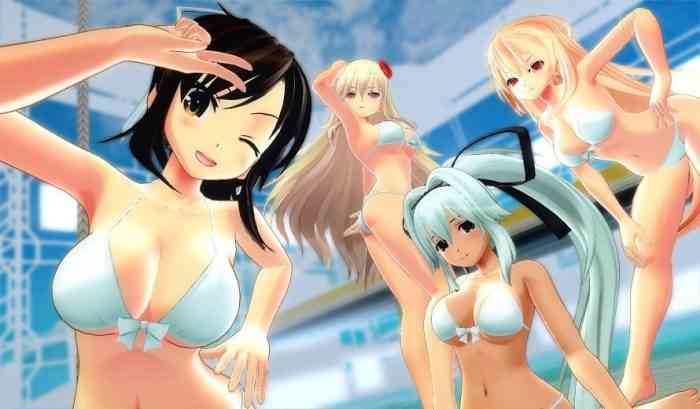 The summer of bouncy, high-flying hijinks continues for everyone’s favorite shinobi schoolgirls in Senran Kagura Peach Beach Splash. They’ve fought rival ninja, evil masterminds, and apocalyptic demons from beyond the veil of sanity, but nothing in their lives has ever prepared them for… a water gun fight?! Summoned to a mysterious tournament with no choice but to duke it out for dominance, the nubile ninjas team up and face off, using ten types of water weapons to soak, splash, and steamroll their opponents.

In Senran Kagura Peach Beach Splash, when players are in single-player mode, they will choose a team of five from the more than 30 girls available, outfit them with customizable weapons and abilities, and then lead them into lighthearted water gun battles in a variety of combat arenas. Players can also go online to join their friends and take on opposing teams in 5-on-5 team battles as well as survival matches. Attribute cards add another layer of strategy to the water gun war with over 800 available, providing improved weapons, unique skills, and summonable pets. Players can equip any combination of six skill cards and three pet cards per match for a combo their opponents will never see coming.