Senran Kagura: Shinovi Versus is the kind of game that boasts the title of being a guilty pleasure. It has finally been released on Steam giving players a rather ‘steamy’ experience. For those unfamiliar, the Senran Kagura series is a beat ’em up style game that really pushes the boundaries with perverted scenes; however, the addicting and fun gameplay certainly balances everything out. And the fan service is a plus.

Unlike its summer-themed game that was released on PlayStation 4 and PlayStation Vita, Senran Kagura: Shinovi Versus takes a more serious tone and better introduces us to the world of the Shinobi and the sexy feud between Hanzo National Academy and Hebijo Clandestine Girls’ Academy. Others are also introduced such as the mercenary group known as Homura’s Crimson Squad, Gessen Girls’ Academy and the new generation of Hebijo students.

When you have begun your game and after you have viewed the animated music video, with all of the upskirt shots and ninja booty, you are tasked with picking one of the Academy’s as listed above. Essentially, it is the same storyline; however, it is being told from a different perspective. While the game’s events actually take place after Senran Kagura Burst, you don’t have to worry as the game does do a great job with an in-game dictionary that explains themes and titles to keep the players up to date. All you really need to know is that the world is protected by good and evil shinobi who constantly fight over who has the moral high-ground. Everything else is pretty easy to grasp.

“But luckily the actual combat is fun and is designed in such a way that newcomers can quickly get the hang of the combos.”

Senran Kagura Shinovi Versus’ cast features over 20 playable characters. Some characters are a breeze to pick up, some not so much. It’s all about what kind of fighting style the player is into and with a such a big cast of characters, you will certainly find a couple of characters. With a large cast and multiple game narratives, players will find that there is certainly a lot of replay value here. Along with the large cast, the game provides 24 story missions and an additional 5 character based stages for each girl from your chosen school.

For those unfamiliar, the levels play out in a similar style as the Dynasty Warriors games, where, where you’re given a 3D location to run around in while battling through swarms of enemies before you can encounter the final boss. Shinovi Versus is somewhat lacking in level design however as each level, while has beautiful backgrounds, are somewhat boring and the missions become repetitive. 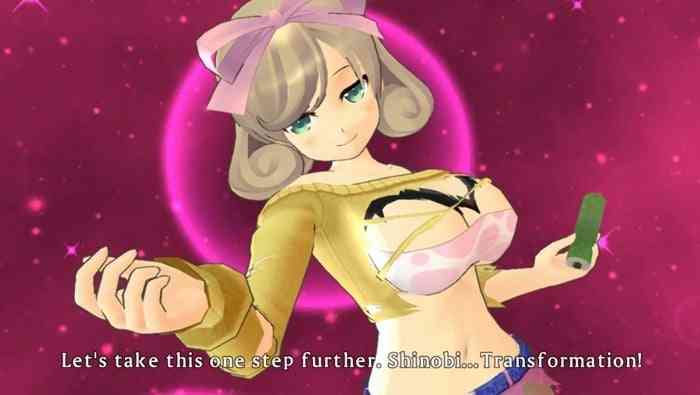 But luckily the actual combat is fun and is designed in such a way that newcomers can quickly get the hang of the combos. However during combat, Senran Kagura Estival Versus certainly has the graphical advantage.

The controls were changed a little bit to better match playing with a mouse and keyboard, nothing too drastic, just the placement of the keys, but I found it extremely hard trying to play and half the time I had no idea what buttons I was pressing despite having set some of the controls myself. After plugging in my controller, I found the game itself ran a lot smoother and was a lot less tearing my hair out in frustration.

The online combat has returned to the game but just as Senran Kagura Estival Versus, there was no one really online. There are three online game modeds which include Death Match, Strip Battle, and Understorm. Death Match is a straight brawling mode, Strip Battle is pretty self explanatory in let’s see whose character loses the most clothing first and Understorm is a panty run. You will race to gather the most panties, bras and all that fun stuff as it falls from the sky. 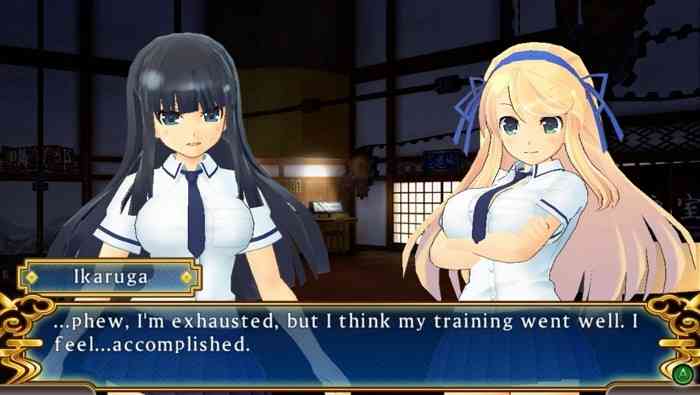 Customization, which is essential to a game like this as it lets you dress up your favorite girls in some either risque or cute clothing, has returned to the game. Unlocking costumes is extremely easy as all players have to do is simply play the game. Players also can earn money that will allow them to purchase even more clothing where I have to admit, this game’s unlocking and lottery system better than Estival Versus.

Overall, Senran Kagura Shinovi Versus was a lot of fun to play despite its share of ups and downs. Graphically the fight scenes in Estival Versus are better; however, Shinovi Versus has a superior story line. The music just as always is extremely fun and upbeat and is certainly something I would just listen to on my own time. With such a big cast of characters, most players will find a few girls that will suit their play style and hey, fan service is never a bad thing at all. 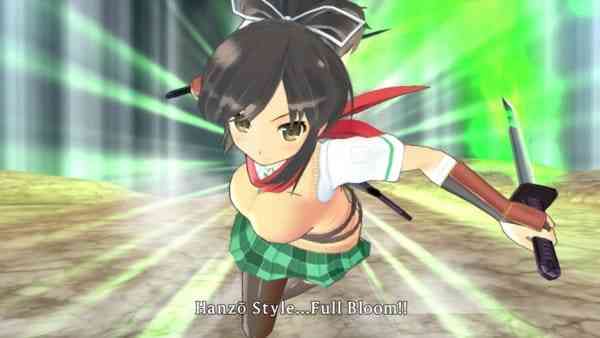