Mighty No. 9 Review – Almost Better Than Nothing

Inspiration is a wonderful thing. There are certain games we love because they were inspired by something else we love; they are infused with the essence of that “thing” we enjoy. Inspiration is the hand that guides creativity and, in most cases, it creates something new and beautiful to admire. In most cases. Mighty No. 9, developed by Comcept in partnership with Inti Creates has – on the surface – everything we could want in a new platformer. Clearly inspired by Mega Man, Mighty No. 9 has a solid enough beginning: Robots all over America have suddenly turned violent (despite an odd quirk that all societal violence apparently only happens in the coliseum) yet robot No. 9 – also known as Beck – is unaffected by the changes. Beck has the ability to absorb his enemies, somehow making him immune to being corrupted. As enemies take damage they change color and Beck must dash into them to absorb them and gain points for his score later on. He is tasked by his creator, Dr. White, to track down the other Mighty No. Robots and stop them.

The Mighty No. 9 story is short and simple which makes sense – this kind of game isn’t about a deep twisting plot. It should be something to enjoy as you scroll along the horizontal (and in some levels, vertical) landscape, shooting various enemies and collecting points, and granted there is an abundance of that with some pretty solid graphics. So far, what’s not to love? I went into this game wanting to love it, I really did. But it feels like instead of putting time into multiple engrossing levels to experience, the player is instead thrown into a handful of death-trap missions with inferior controls and volatile settings and told they should be having fun. Beck’s arm can turn into a gun and shoot like Mega Man, but there is no option for a charge-shot. He can dash to close the gap between enemies/flee enemies. But where this mechanic would be a great defensive tool, its practically useless without absolute perfect control, and even then the controls don’t always feel responsive.  The dash – even at full range – is just barely enough to jump from ledge to ledge or avoid high-power attacks. If you dash attack an opponent not yet damaged, you get hurt. You can’t even use it as a dodge maneuver to get around an opponent as you are still vulnerable. In fact, there is no dodge or block options in this game, and the only saving grace is that there is no time limit on the level so in some situations you can plan your attack before diving in.

“But it feels like instead of putting time into multiple engrossing levels to experience, the player is instead thrown into a handful of death-trap missions with inferior controls and volatile settings and told they should be having fun.”

I have played each of the levels in the game; they are all unlocked from the beginning leaving the player the option of how they choose to complete it. From what I see in the menu, Beck will absorb the abilities of his fellow Mighty No. Robots as he defeats them (Hello again Mega Man nod). I know this from the menu because actually defeating them is akin to diffusing a bomb. Which is a shame, because reaching the boss can be satisfying after dying a half dozen or so times before learning every quirk to the mission up until the final fight. But then you have a boss battle where said boss gives no indication which of their overpowered attacks they intend to use, and Beck’s dash attack – his only saving grace for avoiding said overpowered attack – has to be used perfectly every time to avoid damage. I found myself fighting the same boss ten times and the best I could manage was to get him about 1/3 dead. I had a much more fun experience taking on the sniper robot because it was about planning and timing but in the end, again, half dead. 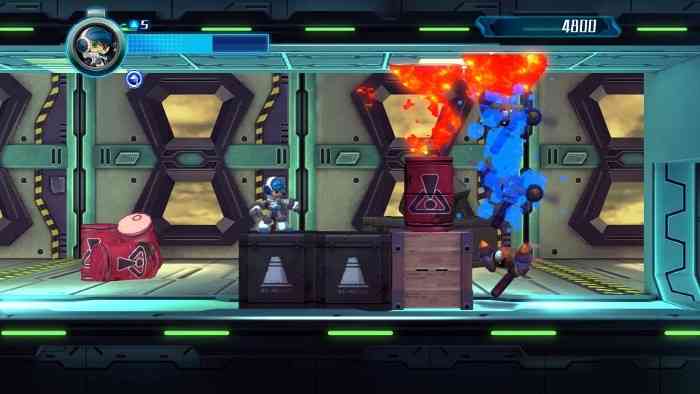 It’s painful as a gamer to get handed a title with this much potential, only to fall short once the controller hits your finger tips. Enemy attacks do some pretty hefty damage to Beck, and considering he has no dodge/block options, why doesn’t absorbing enemies restore some health? Why, in a platformer, can he not double jump? If we decide to throw him into these tight death-trap levels and limit his motion, why can he not manually aim? Beck is purposely left with the most basic abilities that might be acceptable in the original Mega Man era of games but the actual level design and difficulty is much more in line with a current gen title. This is like throwing Mario into Dark Souls and expecting fans to love it. Let me be a little clearer: The environment isn’t so difficult; it’s that Beck himself is severely handicapped in the heroic abilities department.

The best points I can make about this game is that the music can be changed from modern to 8 bit (I loved the 8 bit music), you can select between two and nine lives to start your missions with, and the challenge mode was just hard enough to make me want to beat it but not too difficult to rage quit. The game will occasionally pop up with hints of what to do, however they don’t actually tell you how to do it. In one mission I was told to use a crouching slide with no prompt telling me how to do it, let alone should I figure it out because Beck can’t even crouch to avoid enemies in the first place. 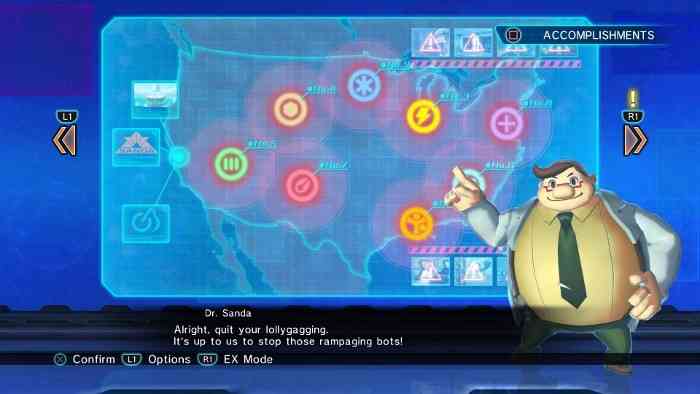 Mighty No. 9 is a case of misguided inspiration. It was presented to us as stylish, fast, and fun. Potentially the next big platformer to hit the market. Instead it’s a box with pretty wrapping paper and a nice bow but ultimately, a rat trap waiting for impatient fingers. With amped up difficulty, slow controls, no ability to heal yourself, no double jump, and poor combat, this is a title best reserved as a reminder not to count your robots before they power up. 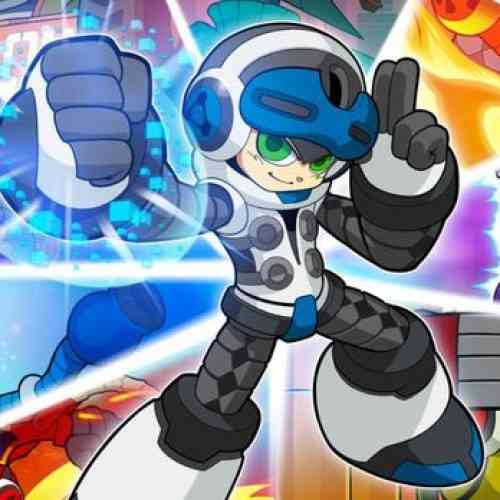