Astro, Turtle Beach, and SteelSeries all have fantastic gaming headsets. They are comfortable, sound great and all deliver exceptional bang for the buck. Yet, would I ever go out in public with any of their headsets? Oh hell no! I would not dare step outside with any of my existing gaming headsets, but I would go outside with LucidSound’s first headliner product, the LucidSound LS30.

While at E3 last week I had to chance to try out a pair and when I arrived home I was lucky enough to get a review sample. After a steady week of putting the LS30 cans through their paces, I can safely say that not only would I take the dog for a walk with the slick looking headset on but I would also use them as my primary gaming headset.

Even before I slapped those suckers on I was impressed. The packaging and contents scream high quality. The box the headset is packaged in is sturdy and not an eye sore at all. I generally turf the box my headset comes in but this one I will keep around as it’s excellent for storage and keeps all the wires nicely stored away. Sure, it would be nice if it came with a storage case but the box works just fine. Inside the box, you get everything you need including a handy little instruction guide for syncing your headset to our PS4, Xbox One and mobile device. Easy to read, easy to understand and dummy proof, exactly what I need!

“Granted $150 bucks is a little pricey for a mid-range headset but there are some features that set the LS 30 apart from the competition.”

Inside the box you get a 3.5mm audio cable for use with your mobile devices, console audio cable, a USB Micro charging cable, the USB dongle that transmits audio, an optical cable, and a couple rubber caps to pop into the mic cavity. Everything you could possibly need is included, so no complaints here.

Throughout the week, I hooked up the LS30’s to my Xbox One, PS4 and Mobile phone. Set up is super easy on consoles. Simply plug the USB adapter into one of the USB ports and plug the optical cable from the adapter to your console. Having to get in behind my Xbox One to plug in the adapter was a pain but the headset synched up to the console with ease and I was ready to go in a matter of seconds. I should mention that in order to get the best sound as possible you will need to go into your consoles audio settings to adjust the output to stereo. 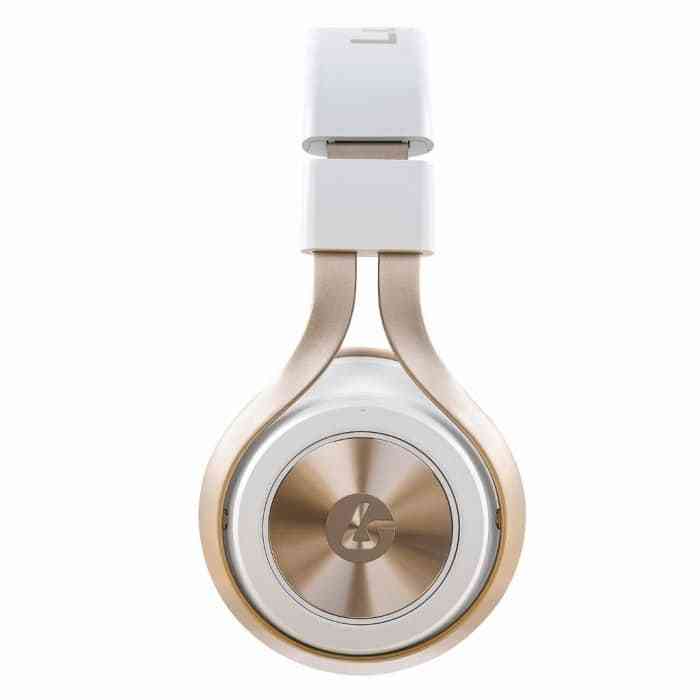 Granted $150 bucks is a little pricey for a mid-range headset but there are some features that set the LS30 apart from the competition. The first thing setting it apart is the overall look of the headset. The design is elegant with beautiful white and gold colour design. You can get them in black but the white and gold coloured LS30 far and away look so much better. They definitely look similar to Dr. Dre’s Beats but I have no problem with this as it gets away from the typical nerdy look most gaming headsets have. Everything from the chassis to the ear cups, the headset is wonderfully designed and looks terrific.

Comfort wise, the LS30’s exceeded my expectations. They are remarkably comfortable even during extended play sessions. My ears tended to get hot during longer play sessions but this is something I have experienced with every headset I have reviewed. The LS30’s are easily adjustable and fit perfectly on my large melon. From the padding around the speaker cups to the padding under the chassis, the LS30 scores high marks in the comfort department. 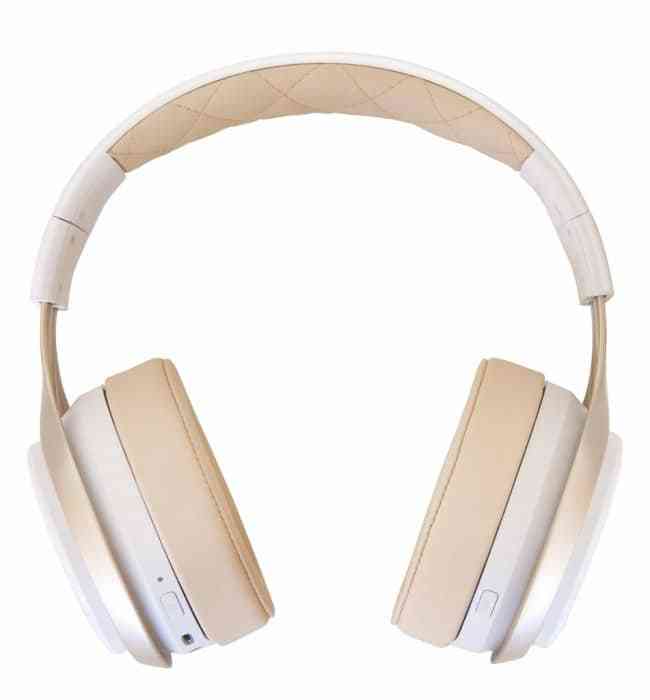 The boom mic easily unplugs so you are never forced to have it dangling off the side of your headset which can be annoying. There is a built-in microphone as well so you can avoid using the boom mic altogether. That said I did notice the built-in microphone appears to pick up noise in the room easily; more so than the boom mic did. Fortunately, you can adjust the mic volume which helps. There is also a handy mute button that lights up blue when on. This is a nice feature as I am often questioning whether I am muted or not with my other headsets.

Looks and comfort mean absolutely nothing if your headset sounds like crap. So how does the LS30 actually sound? Pretty damn good. For a stereo headset, they sound remarkably well. There is no question it would have been nice of the headset had Dolby, DTS, 5.1, or 7.1 capabilities; however, the bass and overall clarity are excellent. If you don’t like bass heavy headsets you might have an issue here but I am a fan of booming bass and you get plenty of that with the LS30’s. There are three different equalizer settings so if you want to turn down the bass and crank the treble that is an option for you. You don’t get the customizable options like you do with some other higher end headsets but the 3 options are certainly better than nothing.

The headphones pack a punch and do isolate noise remarkable well. I would have loved to take them onboard a plane ride but I was unable to do so at time of writing. The built-in battery delivers 15-hours per charge which is pretty good. In over 20 hours of use I have only had to charge them once.

LucidSound’s LS30 delivers a great sounding and elegant wireless gaming headset. The fact you can use them with every gaming console or mobile device is just the icing on the cake. There is no question there are better headsets on the market but when you factor in the LS30’s sound, comfort and look, you really can’t go wrong if you decide to make the LS30 your primary headphones. 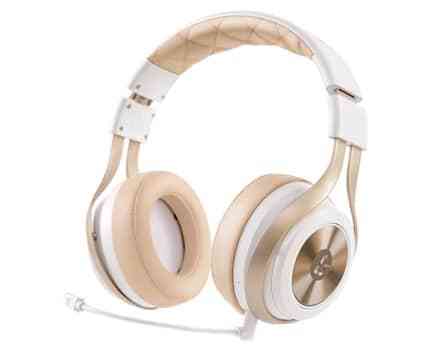