The Legend of Heroes: Trails of Cold Steel Review – If You’re Hurtin’ For A Good JRPG, Come Get Some

Sometimes, when starting a videogame, book, or movie, that immediately turns me off, I stick with it, and become pleasantly surprised. Usually my gut instinct is right, and I find that my OCD has caused me to waste my time, but every now and then I get a total gem out of my completionist habits. The Legend of Heroes: Trails of Cold Steel is one such gem. It’s a JRPG through and through, which doesn’t innovate much. So the story has to be the driving force if turn-based combat is gonna be the name of the game, right? The intro to this game is so lackluster, and very much not epic, that I was having none of it. But once I got out, Trails of Cold Steel pulled me back in!

This intro is about a bunch of generic-looking anime characters, trying to stop some army from firing a canon. After that, one of those characters becomes our protagonist, and the story (and the entirety of the game) flashes back to Rean’s (said protagonist’s) time at a military academy, before the war starts. As soon as that first day of school began, I really started to enjoy Trails of Cold Steel, so give it three hours or so to get through the game’s Prologue before judging.

Rean and 8 other students are put together in a newly formed Class VII, which is made up of commoners and nobles from the Erebonian Empire. Normally common and noble classes are kept separate in Thors Military Academy, but Class VII has been designed to break down those barriers, and unite the students with the highest aptitude for using ARCUS combat devices. Most of Trails of Cold Steel follows Class VII through their first year at Thors Military Academy, and the field missions they complete around the land. By the end of the game war breaks out, and this leads into a second game, which does not have a North American release date yet (this is the first part of an intended trilogy).

“I really enjoyed the school life aspects of Trails of Cold Steel. It gives a great structure to the plot, and made it unique to have an entire ensemble party right from the beginning of the game.”

I really enjoyed the school life aspects of Trails of Cold Steel. It gives a great structure to the plot, and made it unique to have an entire ensemble party right from the beginning of the game. It helps to get away from the JRPG stereotype of picking up random warriors as you travel the world, and establishes character relationships very early.

The school setting also establishes a Persona-like structure, where the in-school decisions the player makes affect combat. The stronger the relationships are between your characters, the higher your “Link Levels” will be between those characters. Higher Link Levels, mean more “Tactical Links”, which range from dual attack moves, to being able to heal your best friends. 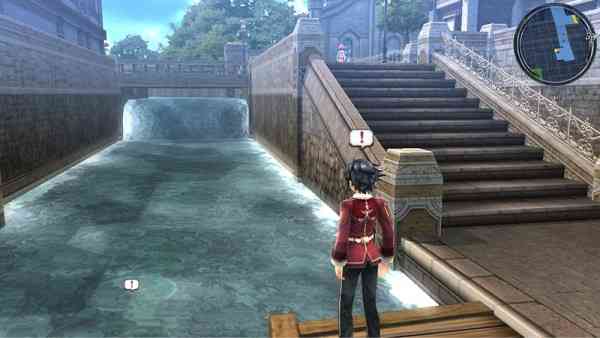 Combat is completely turn-based, but has enough extras to keep it fun, and interesting. Attacks have different ranges to them, and characters can move around the battlefield, to get themselves away from opponents, and use ranged moves effectively. This is not realtime combat however, as moving a character to a new area uses a turn. Attacks can be positioned by the player for maximum area coverage.

Characters have two kinds of abilities: Arts and Crafts (yeah… I’m not kidding). Arts are like typical magic attacks, and consume EP (magic points); Crafts are support abilities that consume CP, which, unlike EP, is gained by attacking your enemies. Players can change up their Arts by equipping different kinds of Quartz (Materia-style). Like I wrote before, this game innovates nothing, but puts it all together very well.

Trails of Cold Steel looks like a very good PS2 game. Characters and environments are fully 3D, and have an anime, not-quite cell-shaded style to them. This is no last gen AAA title, graphics-wise, but it has a style that it does quite well. Character movements are stiff, and environments feel empty, but nobody who wants to play this game, is gonna complain about the way it looks. 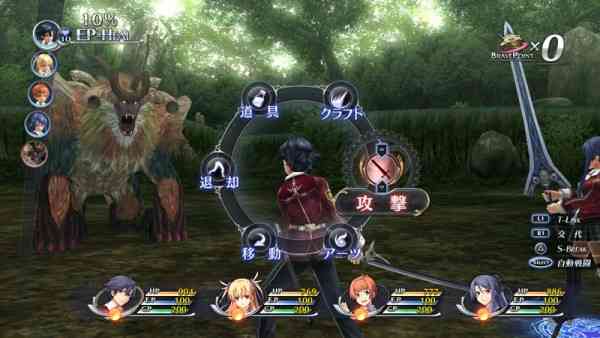 Like most of the aspects of Trails of Cold Steel, the music is good, but nothing special. I didn’t walk away from this game humming any tunes, but every scene is served effectively by the score. There is, surprisingly, a ton of quality voice acting in this game. All the main characters are voiced, and the acting is very good. The script can be a bit wooden and cheesy at times, but take one look at the cover, and you know the kind of anime dialogue I’m writing about. There was an odd choice made, where Rean ceases to be voice-acted in sections of the game, when all of the other characters still are. It’s kind of jarring, and doesn’t make sense as to why. Either way, when he talks, it sounds good.

Trails of Cold Steel is a very good, long JRPG. It’s not going to win any game of the year awards, but if you’re a fan of the genre, and are aching for something that harks back to the glory days of the PS1 RPG, play it. Thoroughly enjoyable combat, and a deceptively well-told story, make this a JRPG totally worth your time!

***A PS3 review code was provided by the publisher*** 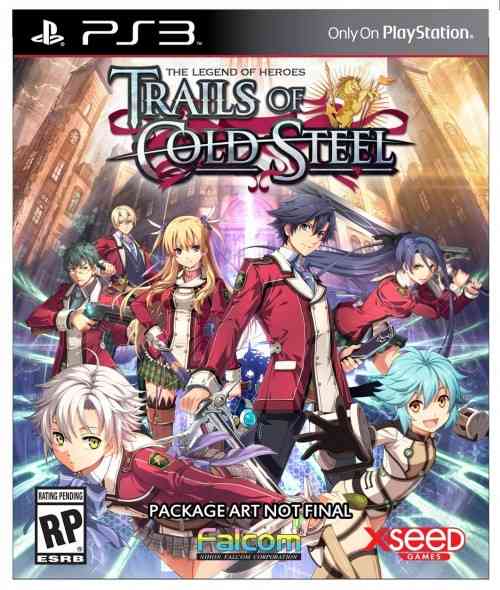 
The Legend of Heroes: Trails of Cold Steel Review – Riding Those Rails

The Legend of Heroes: Trails of Cold Steel and Its Sequel Are Coming to PS4 Next Year

More Details on Trails of Cold Steel I PS4 Port

The Legend of Heroes: Trails of Cold Steel Comes to PC on August 2

XSEED Details Plans for Trails Saga Titles ‘Trails of Cold Steel II’ and ‘Trails in the Sky the 3rd’
Next King’s Quest Chapter 2: Rubble Without A Cause Review – An Unfortunate Dive Following A Decent First Chapter
Previous The Crew: Wild Run Review – An Expansion That Improves on the Original… Because Monster Trucks