The Legend of Heroes: Trails of Cold Steel Review – Riding Those Rails

The Trails RPG series has a rich history in Japan. These are games synonymous with deep combat, great stories, and massive worlds. At least, this is the legend I was told over and over again for the last several years. Legend of Heroes: Trails of Cold Steel is, for whatever reason, the very first Trails game I’ve ever played. The verdict? They’re surprisingly fun! While the series seems to have gathered a lot of baggage over the years, there’s a delightful core lurking beneath, just waiting for you to uncover it.

A lot of RPGs these days will dump a huge bag of systems on your head, hoping to keep you busy for days, weeks, or months. Cold Steel kind of makes this move, but with a drip feed rather than a dump truck. You get time to soak up every new mechanic before you’re tossed another one. On top of that, the game starts with a midpoint tutorial battle. In it, you’ve got a huge amount of skills and abilities to mess with. It’s the perfect way to quickly introduce you to the game’s massive battle system. By the time you see things like Links, Crafts, and S-Crafts again, you can easily wrap your head around them.

A Feast Of Features

I’m a tough sell when it comes to story. Being old and jaded, you’ve got to work hard to hook me with any given narrative. Cold Steel doesn’t feature fabulous or flawless writing, but it has something equally potent: hooks. The world-building in the early stages teases you with just enough detail that you’re intensely curious about where all of this is going. Plus, the actual narrative is dressed with enough fresh ingredients that I wasn’t disconnected or bored. The B-plot about the class system was a hammer to the face in terms of subtlety, but it did the job. Truly, there were only one or two characters that felt like ideology stand-ins rather than people. Machias comes to mind, for example. Otherwise these boys and girls were practically case studies in mid-grade nuance. If nothing else, their tangled stories kept me playing almost as much as the combat.

This version of Cold Steel feels a bit like cheating. Turbo Mode makes the act of grinding a breezy, painless affair. Between that and the fast travel system, the whole game is working hard to respect your time. At least, that’s how it seemed at first. Somehow, the first chapter took me ten hours to complete. That’s not to say a ton of events took place, either! The more I played, the more I realized how unforgivably slow this game moves. Turbo Mode went from a convenient addition to an essential mechanic. I can scarcely imagine how long this game would take if I didn’t have the power of super speed at my disposal. For every big boss battle or dungeon, there’s an incredible amount of walking and talking you have to do. I love the battles, but the rest of the game is paced in such a way that they feel like a side dish. There are other convenient features in place, however. 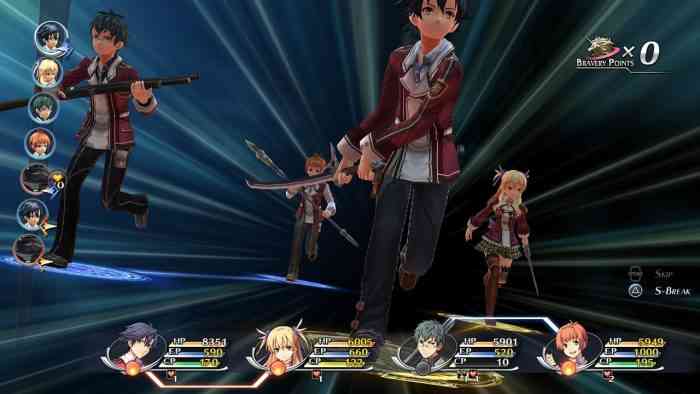 Being able to save anywhere or anytime you want is deeply satisfying. JRPGs tend to make you work hard for that, and for no good reason. A save-anywhere system means you’re free to make bold, stupid decisions. If you want to try an insane new strategy in an upcoming battle, you can do that! The consequences are almost nil. The same goes for equipment configurations and dialogue tree choices. That one design decision offers you a ton of personal freedom, and it’s weird that it isn’t a universal feature of modern RPGs.

Reaching deep into Cold Steel’s burlap sack of game systems almost always yields good results. There’s a relationship and link system, wherein bonds with teammates result in more robust battle strategies. You can level up skills in the form of gems, a tangible resource that’s tied only to your equipment. You can go fishing, because of course, you can go fishing. Performing well on missions and in class raises your rank, which comes with its own set of benefits. There’s even an element of choice surrounding which teammates you get closer to, leading to different outcomes later in the game. For the most part, this tangled mess of systems meshes well together.

Pacing Problems To Push Past

Again, the only point of suffering is the pace. Unfortunately, this is a huge block to stumble on. The combat is tense and compelling, yet it feels like ages between big battles. There’s always the option to skip the story scenes if they run too long, but it feels like a criminal waste. This is my eternal gripe with anime-style games. If you build a great set of systems, then every minute of story ends up pulling the player away from this part of the game. You get impatient with these momentous exchanges because they’re taking away from your actual play time. There’s a careful balance that needs to be struck, one that I rarely see in RPGs like this.

Every piece of this game is crafted well, but sometimes they don’t mesh the way you want them too. Legend of Heroes: Trails of Cold Steel is a major undertaking, one that demands much, and rewards much more. Your enjoyment of Cold Steel hinges heavily on your attitude towards anime storytelling tropes. For me, they turn bitter in large doses. I need a lot of play to break up these dramatic encounters. On the other hand, the mechanical elements are a sumptuous feast. There’s just so much to do at any given moment. Better still, these systems are handed to you at a steady pace, one that allows you to take in so much more than you could otherwise. This game is a lot to take in, but rest assured that Legend of Heroes: Trails of Cold Steel is worth your time. 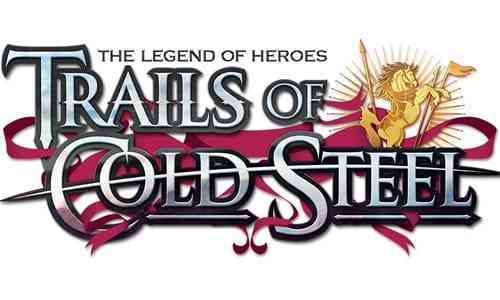 Story Of Seasons: Pioneers Of Olive Town Is Coming To Steam
Next Yoshi’s Crafted World Review – Cardboard Paradise
Previous Hypnospace Outlaw Review – Saving The Internet One Report at a Time