Yoshi games have always had a rather distinct aesthetic. Yoshi’s Island was rendered in lush colors and sketchbook lines. Woolly World was a study in stitching and superb detail. Yoshi’s Crafted World takes this torch and makes a most admirable mark in the pages of history. From start to finish, every frame is a perfect expression of childhood arts and crafts. This game is the hazy dream of scissors and glue writ larger than life. Thankfully, there’s some fun to be had as well.

The story is extraneous at best, which I’m at peace with. You control a pack of ravenous stuffed dinosaurs on the hunt for five MacGuffins crucial to your continued health and happiness. It’s all just motive power to get you exploring these gorgeous worlds. Honestly, the act of playing and exploring is reward enough for me. Each island you trek across is a masterpiece, expertly assembled from a heap of household treasures. Bottle caps, milk cartons, cardboard cutouts, tinfoil, straws, glitter, and glue all come together to make every stage a feast for the eyes. There are a few stumbling points, however.

One place I wasn’t expecting a weak point was music. The soundtrack to the first stage is just so charming, so perfectly suited to your surroundings. What could go wrong? It wasn’t until I heard that same track several more times that I started getting suspicious. Music in Crafted World is recycled to the point that you just stop hearing it. Perhaps this was the intention, but it was a strange choice given the rich and rewarding visuals. Another odd mis-step were the costumes.

Using Nothing But Household Items!

I love collecting treasures in games. Whether or not they serve any purpose is irrelevant. Just the act of acquisition and discovery is a satisfying feedback loop all too easy to exploit. Yet the costumes I came across in Yoshi’s Crafted World lost their luster in short order. There’s a ton of them, don’t get me wrong. But they’re all essentially the same item, re-skinned. Like the elaborate outfits of my distant youth, each costume is slipped over Yoshi’s head. There are no other accessories to fiddle with and no deviations from the one theme. If you couldn’t easily put said outfit onto an energetic and distracted toddler, it’s not in the game. This makes sense, but it still sucked the wind out of my sails. The only upside is that the costumes add a shield to your health bar. This is a valuable asset indeed when you’re trying to finish a level with all your health intact. 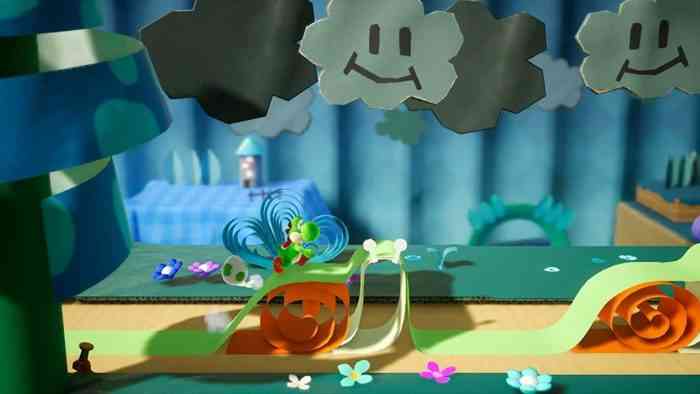 What never failed to amaze and intrigue me was the level design. New mechanics and ideas are thrown at you at every turn. On top of that, they manage to adhere to the arts and crafts design philosophy rooted in the aesthetic. The challenge level is enough to keep you on your toes, but not enough to frustrate you. That is unless you’re looking to 100% complete this game. Then each stage starts looking a little tougher. Much like in previous Yoshi games, I started with a completionist’s eye and quickly abandoned it. Though it’s still easier to grab everything than it used to be, you’ll find something quite like a genuine challenge in doing so. Even if that challenge is largely in discovering where these collectibles are. I would have liked a little more variety in the flipped stages, however. Seeking out Poochies gets old pretty fast.

For every boring part of this game, there’s something equally rich and diverse. While I got over chasing dogs immediately, the boss fights are all absolute gems. Even the cut scenes that introduce them are fantastic. The stop motion effects drive home their crafted origins, each massive beastie a tumble of menace and whimsy. I won’t give away too much, but some familiar faces returned in the best possible ways. There were even some tough fights, though the last boss isn’t among them. Rather than dread these encounters, I quickly began to anticipate them.

If you’re so inclined, you can team up with a friend, although the game gets much harder when you do. On the one hand, there’s nothing very cooperative in being able to eat, assault and confound one another at every opportunity. On the other hand, it’s really fun. Some of my favorite moments with Crafted World came from being swallowed by my cohort, or hitching a ride on their back when I was tired of walking. You can interrupt their shots, steal their eggs and disrupt their jumps. The possibility for mischief is almost endless.

In some ways, this is a stock-standard Yoshi game. The story is simple, the gameplay is well-worn and comfortable, and the challenge won’t ever trip you up. But the simple guts are buried in a charming, captivating, gorgeous work of art. Every level is begging for multiple play-throughs. Every chunk of cardboard and glitter feels lovingly placed and perfectly rendered. Although what you find won’t shock you, it will wrap you up in childish delight and fuzzy satisfaction. Yoshi’s Crafted World is an art class plate heaped high with sugary delights that I can easily recommend. 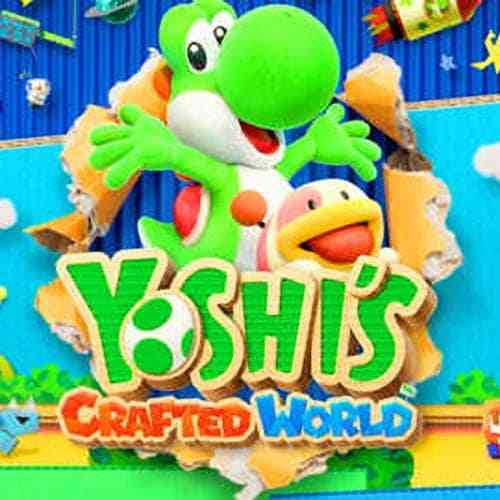