King’s Quest Chapter 2: Rubble Without A Cause Review – An Unfortunate Dive Following A Decent First Chapter

While I rather enjoyed the first chapter of The Odd Gentleman’s take on a new King’s Quest, Chapter 2 is a bit of a let down. That being said, it’s hard to make every installment of episodic content really stand out, and I’m hoping Rubble Without a Cause is simply more of a valley amongst the mountains and not the beginning of a rapid decline. 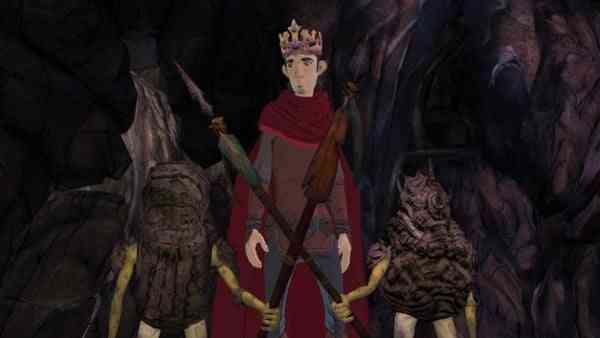 The second chapter centers primarily around the newly crowned King Graham as he attempts to escape the underground goblin lair. Many citizens from the last chapter have returned, imprisoned with you and running out of time. While I wasn’t able to save everyone, apparently you can. This leads to one of the things that I actually did enjoy about this episode; your choices start to actually matter and make a difference. I really wanted to save the poor, sick Bramble, but unfortunately for her I’ve got a soft spot for Mr. Fancy Cakes.

“Fortunately, there has been one major improvement that really helped keep the score from sinking: skip scene.”

Being underground and all, the scenery gets a bit repetitive. Chapter 2 seems a bit shorter in general, and this isn’t helped by taking place in one area over a few days. Some imagery does help to spice things up, particularly a couple of rooms depicting fairy tales, but overall you’ll likely find yourself a tad bored wandering the same earthen corridors, especially if you find yourself stuck. Most of the logic puzzles weren’t too hard to figure out but sometimes things just don’t seem to click right away. Fortunately, there has been one major improvement that really helped keep the score from sinking: skip scene.

Having to hear the same dialogue over and over because you can’t figure out who to talk to or where to go is the worst. I was rather annoyed playing through chapter 1 and not having the ability to skip anything. No Chester, I did not want to hear your spiel again, I just hit X by mistake when trying to use an item on you. I don’t care how or why the developers decided to add a scene skip ability to chapter 2, I’m just incredibly glad they have.

“Instead of feeling like a clever rogue, I felt like an errand boy moving from A to B just to complete the next task.”

Maybe it’s because I wasn’t hearing the same dialogue over and over so it wasn’t drilled into my head, but Rubble Without a Cause just isn’t as memorable as a Knight to Remember. The amazing moments like Achaka and the dragon or saving the merchant from the goblin attackers aren’t anywhere to be found. Instead of feeling like a clever rogue, I felt like an errand boy moving from A to B just to complete the next task. On top of that, there wasn’t much action or suspense in general. When you finally try to escape later, there isn’t the same sense of urgency or peril that you get from sneaking into the dragon’s lair. For King’s Quest and fantasy in general, moments like that are sorely needed to make things fun.

Aspects like the voice acting and writing are still great. Graham’s grandson finally comes around and is now eager to hear the old king’s tales, and most of the jokes find their mark. Admittedly my sense of humour is pretty broad, so don’t forget that this is rated E10+. Chapter 2 is much more somber than the first, but there’s still a lot of great humour and anecdotes amongst the sadness. The writing really is what holds Rubble Without a Cause together as it pushes you along its weary path.

In my opinion, chapter 3 is going to make or break this series. The Odd Gentleman still has my curiosity and attention for now, but unless something really exciting happens soon then they’re going to lose not only myself but I think many others as well. King’s Quest is a classic, and I was weary of this pseudo-reboot at first but A Knight to Remember changed my mind. It had me adventuring and questing to advance the tale and find out what happens next. Rubble Without a Cause left me wishing I’d just stayed in bed. 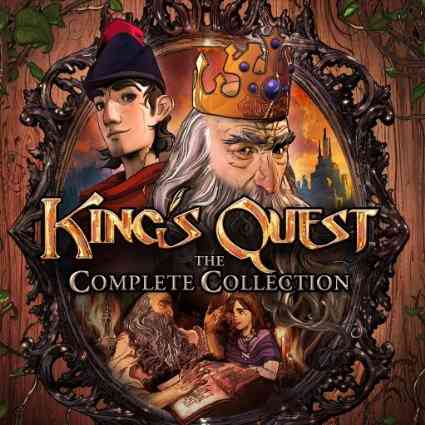 The Expanse: A Telltale Series Revealed at The Game Awards

Tales of the Borderlands Is Coming Back To Digital Storefronts
Next Red Game Without A Great Name Review – It’s Also Not a Great Game, At All
Previous The Legend of Heroes: Trails of Cold Steel Review – If You’re Hurtin’ For A Good JRPG, Come Get Some