Red Game Without A Great Name Review – It’s Also Not a Great Game, At All

Dear Steam community, for the love of bacon and everything else that is holy, stop praising short, lazy phone ports. I don’t give a rip that you really enjoyed swiping fingers over a screen. People who accept the bare minimum and who think that porting a bad phone game to a PC is an accomplishment, are the reason these games continue to exist and cease to go away. Stop it, just stop it! Okay, that is the end of my rant.

Due to my rant, I believe I’ve given my feelings about Red Game Without A Great Name, but now that I’ve vented my frustrations, let me explain why this game is a bad experience. Before we tackle that however, I’ll briefly discuss the one redeeming thing about this game, the art style. Admittedly, I’m a sucker for Steampunk aesthetics, but this game’s beautiful graphics go beyond just its theme. It’s a combination of the solid blacks, colours, and atmosphere that’s evoked. It really is an immaculate game to observe, the art in each of the 60 levels is painstakingly crafted, with the artists clearly putting in a lot of time and effort in to this project.

“Admittedly, I’m a sucker for Steampunk aesthetics, but this game’s beautiful graphics go beyond just its theme. It’s a combination of the solid blacks, colours, and atmosphere that’s evoked.”

As you may have predicted, the problems of this game have nothing to do with the graphics or the art, it has to do with everything else. For all the initial impressions that the game’s graphics achieve, what the developers have essentially created is Flappy bird 2: Steampunk Boogaloo. Red Game Without A Great Name brands itself on being a challenging 2D Puzzle Arcade game. The goal of the game is very simple, escort your Steampunk Bird to deliver messages to an end point, avoiding obstacles in your way. The bird fly’s on its own, but you can teleport the bird by clicking on it, dragging a line to where you want it to go, and when you let go of the mouse button, the bird teleports to said location. To avoid having you just teleport the bird to the end of a stage, the camera moves on its accord in this game, so when the bird goes off screen, you lose and have to restart the level.

These mechanics are fine on paper, and while the first few levels in this game are boring due to their lack of challenge, they’re not insulting to endure. It’s not long before that changes. After a dozen levels, the longer I played this game, the lower the score got. I mentioned earlier that the bird flies on its own, you control where it teleports, but not its direct movement. As a result, the beginning stages have many moments where you’re just watching a bird fly with no involvement from you.

The developer’s solution to this problem is to force you into tight spaces surrounded by barb wire that instantly kills you when touched, the only way you can survive in these sections is to teleport your bird a few feet back four or five times until the camera has moved far enough for you to move the bird somewhere else. To explain it in a more negative fashion, the game effectively has you pause while waiting for the camera to move for you. 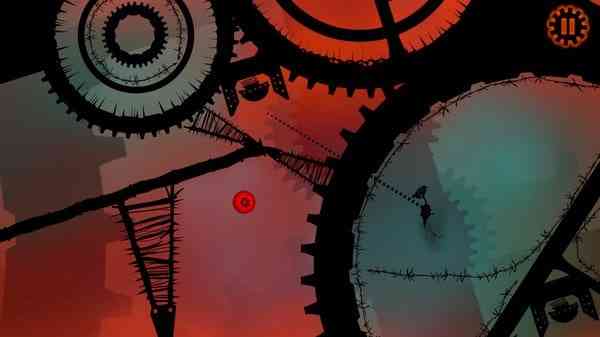 Boring does not do it justice. The gameplay in these situations is criminally banal, what you do to progress is the same thing you do when flipping through pictures on your phone. It’d be like having a strategy game that forces you to file taxes in between base assaults. And this attempt to make the game more challenging infects more than half the missions. Your bird’s inability to remain at a standstill without shoving his face into a wall is a pathetic attempt to engage the player with meaningful gameplay. Halfway through, another bad habit is formed.

Each level, similar to Angry Birds, has you pick up bonus gears (the game’s version of stars) while progressing through the level. As far as I know, you don’t get anything by collecting these gears, they’re just for bragging rights… I guess… I’d feel bad for anyone bragging about collecting in this game. Anyway, along with these pointless gears, levels sometimes contain much more useful power ups, these allow you to become invulnerable for a brief time, or expose a destructible wall.

The issue is that in some levels, these power ups aren’t necessary for completion, yet in others, they are. Off the top of my head, there are two levels in the game where the end goal is covered by a large block that requires you to pick up a destructibility power up beforehand. If you don’t, you have to either kill yourself or restart the mission.

“Your bird’s inability to remain at a standstill without shoving his face into a wall is a pathetic attempt to engage the player with meaningful gameplay.”

As a design choice this comes across as lazy and shouldn’t exist in a game that costs actual real world money. If I’m to be honest, and as you can see I most certainly am, I would expect this type of work from a 12 year old making levels on Super Mario Maker. The worst offense of this game, however,  is in the final eight levels, where the developers seemingly gave up. In a game with an absence of creativity, fun, or a single half decent concept, the final missions of Red Game Without A Great Name have the camera begin rolling around as if it’s been placed in a tumble dryer. The “challenge” being from the fact that the camera spins around so much that you often only have a split second to move your bird to the correct destination, or balancing him between spikes as your perspective alters. The experience could literally be done by having someone pickup your monitor and stick it on a wheel.

So, after two hours, what do you get after completing the final most pathetic set missions I’ve played in a game this year? A steam achievement and a screen that says “The End”.  Followed by me uninstalling the game ten seconds after that. Not because I needed the hard drive space, it’s only 300mbs. It’s because it does not deserve to be stored in any capacity.

Is Red Game Without A Great Name the worst game I’ve played this year? No, that still belongs to Calvino Noir. Is it one of the worst? Absolutely. Don’t buy it. Don’t rent it. Don’t look at it. Don’t allow it to enter your thoughts. Avoid this game like I avoid social situations. 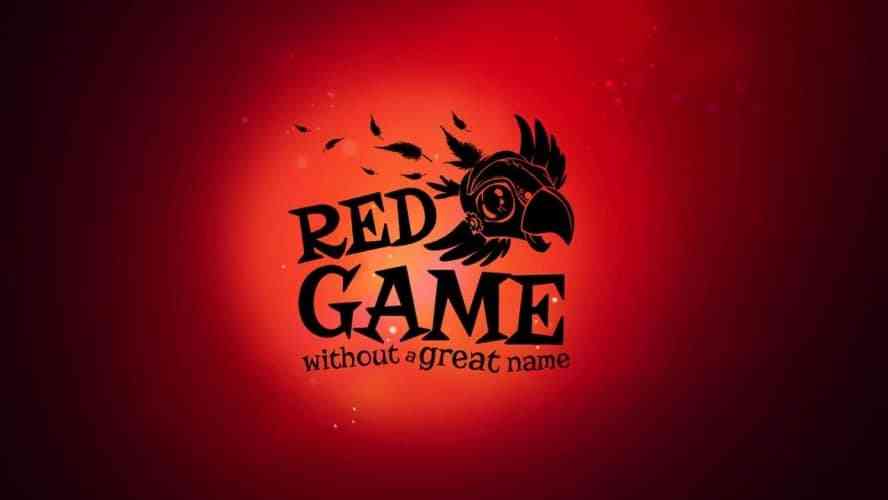 Indie Platformer Surmount Will Release On PC In 2023
Next Zotrix Review- A New Generation Feel to a Classic Arcade Shooter
Previous King’s Quest Chapter 2: Rubble Without A Cause Review – An Unfortunate Dive Following A Decent First Chapter