Being someone who used to sit at the arcade playing Galaga for hours, I was excited to get my hands on this new age version of essentially the same beloved game. Zotrix encourages you to hone your hand-eye coordination in this twin stick game, and brings back all the best parts of the classic arcade space shooters, while adding new content to play through. Coming in with no expectations, I was pleasantly surprised by the simple gameplay Zotrix offers.

Zotrix is a single player game, against computer controlled enemy ships. There are two modes in this game: story and arcade. The main story in Zotrix is the same the whole way through, with missions where you escort a trade ship from one space station to the next whilst fending off any and all enemies. While you get to choose which space stations you want to play through first, and the levels range in difficulty, it quickly becomes repetitive.

Breaking up the monotony of the story mode; however, were the different enemies faced in each of the 16 space stations (described in the network map) and the rewards received upon completion of each level. These rewards are used to purchase upgrades and power-ups to the original ship, including bombs that cause destruction, shields that absorb damage and decoys that draw enemies away from you for a period of time. All in all the story mode was fun, but I wouldn’t consider it the main attraction of the game.

“The arcade mode gradually increases in difficulty and brings back the very best parts of the old arcade shooters.”

If you are someone who prefers continuous gameplay and action over the story mode, the arcade mode is for you. This mode has 20 levels, and allows for uninterrupted battles and skilled maneuvering against onslaughts of asteroids and enemy ships. While the enemies increased in difficulty the higher the level, the movements of the enemy ships became more predictable the more you played. With that being said, the arcade mode brings new and exciting challenges to the table: boss battles. These battles increase the difficulty of the arcade mode, while adding another level of fun to it as well. After each level there are power-ups and upgrades available for your ship. While these upgrades take away from your overall score, the idea is that you will be able to earn the points back in no time as a result of the upgrade. These upgrades include shields, mini ships that are attached to the original ship, extra lives and increased firepower for your original ship. The arcade mode gradually increases in difficulty and brings back the very best parts of the old arcade shooters. 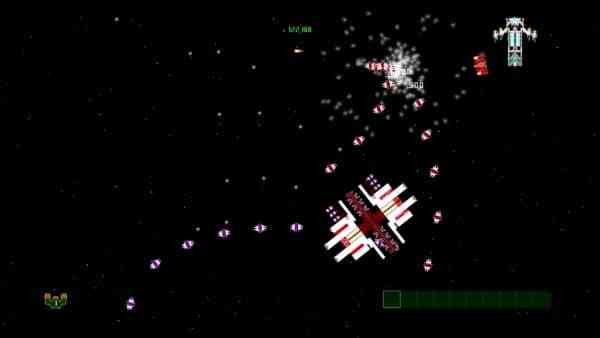 By far the worst part of Zotrix, with the exception of the repetitive gameplay, were the controls. The controls were difficult, and honestly, I would have liked the option to decrease the sensitivity of the controls. The first few times I played this were spent trying to get used to the controls. I found that it was rather tough to maneuver around the enemy ships and bullets and I preferred to sit in the bottom corners of the screen whenever possible. The less movement required, the easier the ship was to control.

Zotrix does not have a multiplayer component, and although it could have made the game more interesting, it is probably best to keep a classic arcade space shooter exactly that; a classic.

The graphics in Zotrix are simplistic, with retro neon colours that keep the old school feel of the classic arcade space shooters. Unless you were expecting spectacular new-age graphics, the graphics did not detract from the play of Zotrix one bit.

“Overall, the music definitely increased the enjoyability of Zotrix.”

One of the my favourite parts of Zotrix was the soundtrack, giving the game an energetic feel. The techno music was consistent with the gameplay and fit right in as bullets flew across the screen and ships explode in every direction. Overall, the music definitely increased the enjoyability of Zotrix.

Zotrix is a simplistic throwback to the classic arcade space shooters. It plays well, with a lot of content, and allowed for multiple upgrades to your original ship on both the Arcade and Story mode. While the retro graphics are a tad unsophisticated, Zotrix has a catchy techno soundtrack, which gives the game a lively feel. While there are definite drawbacks that come in the form of difficult controls, repetitious levels and an uneventful story, if you are a fan of classic arcade shooters, you will definitely enjoy the simplicity of this game.

● Upgrades for your ship
● Lots of game content
● Soundtrack 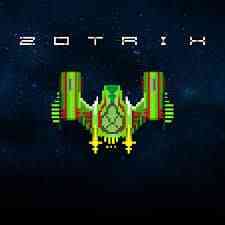 The Knight Witch Review – A Captivating Concoction
Next The Hateful Eight Review – A Modern Cinematic Masterpiece
Previous Red Game Without A Great Name Review – It’s Also Not a Great Game, At All